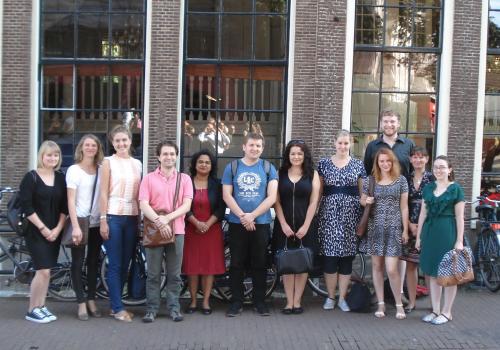 Starting end of 2015, EHRI has a new fellowship programme. The new programme is more flexible. It has an open call, duration of stay can vary, and not only Holocaust researchers with a link to a university can apply, but also other interested parties, like archivists or curators. The open call for 2016-2018 is on the EHRI Fellowships page.

So far EHRI has organized four summer schools: two in 2013, and two in 2014. The EHRI Summer Schools in Holocaust Studies provided an overview on methods, sources and the state of research in Holocaust history research and are aimed at the graduate level. The EHRI summer schools in 2013 were held at Mémorial de la Shoah in Paris, France between 15 July and 2 August 2013, and at the Institut für Zeitgeschichte München -Berlin, in Munich, Germany between 22 July and 9 August 2013. Find out more about the 2013 EHRI Summer Schools.