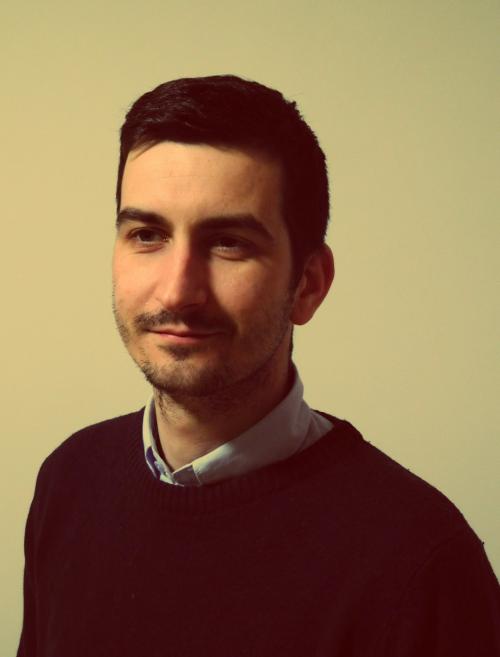 Andrzej Grzegorczyk works as curator in the place of remembrance – Radegast Station (a division of the Museum of Independence Traditions in Lodz). He is author/co-author of both exhibitions and academic and popular science publications devoted to the history of the death camp in Chelmno-on-Ner and the ghetto in Lodz. In addition to that he coordinates educational projects, works as museum educator, and authors lesson scenarios, workshops, and educational tours. He is also the coordinator and originator of an educational concept based on the Litzmannstandt-Getto Model project.

'The Forgotten Quarter. An Interactive Model as an Element Restoring the Memory of the Lodz Ghetto'

Abstract of presentation for Holocaust Studies in the Digital Age. What’s New? on 2 July 2019

The ghetto in Lodz was the second largest and the longest operating (1940-1944) closed quarter established in the territory of Poland under occupation.

After the Second World War, the area of the former ghetto – Baluty and Old Town Districts, which had been inhabited by the nearly annihilated Jewish community, were colonised by the incoming population. The memory of the ghetto did not become an element of the new citizens’ collective memory. It was marginalised as storage memory that only uses dry historical data. In short, the history of the ghetto was not the history of the people living in the area.

However, despite many years of planned policy aiming to erase any traces of the ghetto from the city, they can still be found there. Along the streets of the new development, there are old buildings – relics of the tragic past of the forgotten quarter.

One of the elements contributing to a change in the way these architectural reminiscences are perceived in the cultural landscape of the quarter is the Litzmannstandt-Getto Model project, which was initiated in 2015 at the Radegast Station – the former railway station of the ghetto. A static model recreating the appearance of the former closed quarter comes to life thanks to some interactive components,  thus becoming a modern educational tool and the means for commemorating the ghetto’s victims. The model offers a fresh look at the methods for teaching about the Holocaust, giving priority to tangible places recreated in time and space: real buildings in which the history actually happened.  It is also an attempt to preserve the memory of a place created as a result of layers of history overlapping and fading away.

A varied use of the model in educational and exhibition activities and its reception by visitors to the place of remembrance prove that there is a strong need for the consolidation of the history of the Holocaust in the actual urban space in order to restore it to its rightful place in the collective memory of the citizens of Lodz.

The Re-Launch of The Holocaust Explained

Summer 2020 Genocide and Memory Studies Institute in France and Poland