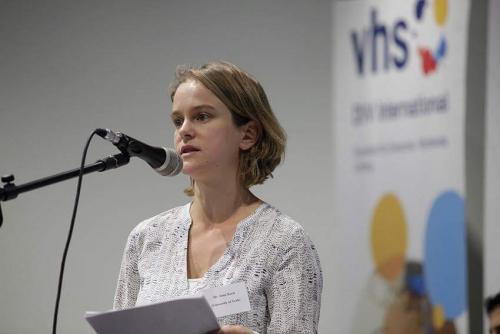 Anna Koch is a historian of modern European Jewish history with a particular interest in comparative and transnational histories and the history of the Holocaust and its aftermath. She has received her PhD from the Departments of Hebrew and Judaic Studies and History at New York University in May 2015.

Her book manuscript titled “Home after Fascism? Italian and German Jews after the Holocaust, 1944-1952” compares the experiences of Jews who resettled in West Germany, East Germany and Italy after 1945.  Her current research project follows the lives of German communists of Jewish origin from their choice to join the movement in the aftermath of WWI, over the years of persecution, imprisonment and exile, to the seeming fulfillment of their dreams with the establishment of the German Democratic Republic. This study examines how their self-understanding as Jews and communists changed in response to their experiences of persecution.

Her research has been supported by the Social Science Research Council, the Studienstiftung des Deutschen Volkes, and the Memorial Foundation for Jewish Culture, among others. She has held fellowships at the Center for Jewish History in New York City, the German Historical Institute in Rome, and the New York University Tikvah Center for Law & Jewish Civilization.