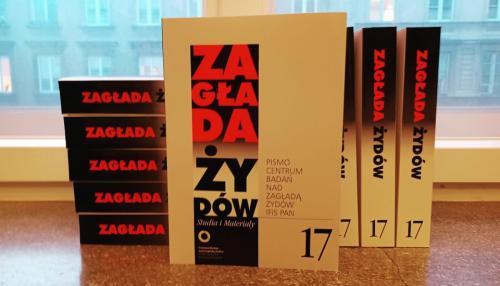 Theme: Settlement in the First Years After the Holocaust: Justice, Revenge, Memory

The Editorial Board of the scholarly yearbook Zaglada Zydow. Studia i Materialy / Holocaust Studies and Materials invites authors to submit article proposals for the 2023 edition, which is dedicated to the post-war Search For Justice, emphasizing the period 1944–1949. Zaglada Zydow. Studia i Materialy is pulished by EHRI's Polish partner, the Polish Center for Holocaust Research Association.

The central theme of Volume 19 (2023) will be the post-war search for justice, emphasizing the period 1944–1949. The group of sources proposed for research consists of the files of prosecution investigations, trials of Nazi criminals and collaborators, social courts, and files of civil courts that adjudicated property matters. Researchers have used these materials for many years but still do not exhaust their potential and enormous size.

Among the questions raised from the analysis are:

It will also be essential to look at the formation of the memory of the Holocaust in the first post-war years, understood as an expression of justice towards the victims.

Contributions are invited from a range of disciplines and perspectives. Suggestions of articles exploring the following key themes will be considered:

Read the Call for Articles for more info and how to submit.