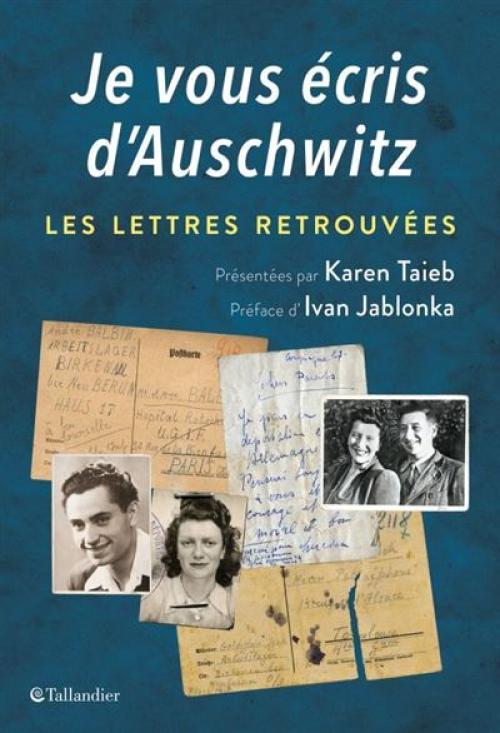 Karen Taïeb, who is Head of Archives at EHRI partner Mémorial de la Shoah, has published a book based on letters written in Auschwitz to family members still in France. This collection of letters from the archive of the French institute, has never been published before. Karen Taïeb thus unveils for the first time a little-known part of the history of the Shoah, while honoring the victims.

These few words - almost always the same -  were sent from Auschwitz by nearly 3,000 Jews deported from France. A correspondence existed between the deportees and their families and the official procedure even allowed answers. These cards were part of a vast propaganda operation, which aimed to reassure loved ones and cover up the horror. Other letters, clandestine, were also able to enter and leave the camp and reveal more of the actual horror. Step by step, the collected letters give back an identity to twenty-one deportees, and give the reader a striking insight into the reality of the camp.