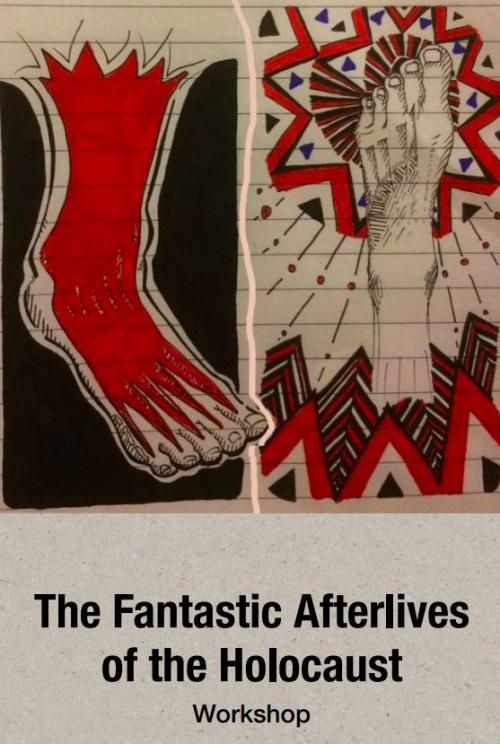 EHRI Partner the Vienna Wiesenthal Institute for Holocaust Studies (VWI) organises an online workshop "The Fantastic Afterlives of the Holocaust" from 16-18 June 2021. You can follow the workshop online via Zoom: https://us02web.zoom.us/meeting/register/tZ0pcOCtpz4uEtC5uD2UIgvp1nFAsvERSUSw.

Ghosts, apparitions, phantoms, demons, monsters, and miracles all inhabit postwar references to the Holocaust. They constitute recurrent, though often neglected, tropes in testimonies and memoirs of survivors, but also increasingly come to the fore in contemporary engagements with the Holocaust. Fantastic, spectral, supernatural, monstrous, and uncanny figures permeate personal accounts of the Holocaust that stretch across generational boundaries, inform artistic and literary practices, and, as a recent development, also academic writing. Whether as incarnations of “ultimate evil”, concoctions of post-Holocaust imaginations, or figurations of its continuous relevance and resonance, their presence establishes a set of new themes through which to address the Holocaust and its experiential, affective, cultural, and political impact.

Focussing on this fertile and, to a large extent, unexplored research terrain, this workshop aims to investigate the role and implications that the whole range of fantastic figures and phenomena have held for past and present-day approximations to the Holocaust, including their usage in popular culture (cartoons, new media, video games, etc.).

The workshop will open up space for debates on the various meanings these figures assume in relation to the Holocaust. To this end, we are equally interested in the ways they shape individual and collective perceptions and representations of the event, become means of conveying its experience (both first-hand and vicarious), and in influence private and social/cultural imaginaries. Our intention is to locate this debate on a historical, political, and epistemological plane that goes beyond the questions of trauma and of representation and representability, and beyond current explorations of fantastic and supernatural phenomena in the Holocaust in terms of magic realism or ‘trauma fiction’. In a similar vein, we want to distance ourselves from conceptualisations that associate the fantastic and supernatural merely with escapist trajectories in literature and genres of evasion. Instead, we wish to address the complex and multifaceted aftereffects of the Holocaust and the phenomena that epitomise and embody the event’s haunting presence. Thus, rather than approaching them primarily as literary epiphenomena or aesthetic gestures of failed or successful imitations of the Holocaust’s realities, we propose to examine the ways in which certain aspects and experiences of the Holocaust live on in fantastic figures.

Image: From the workshop programme, courtesy of the artist Hila Keinan, Tel Aviv. From the cycle Cannibalism in Concentration Camps.