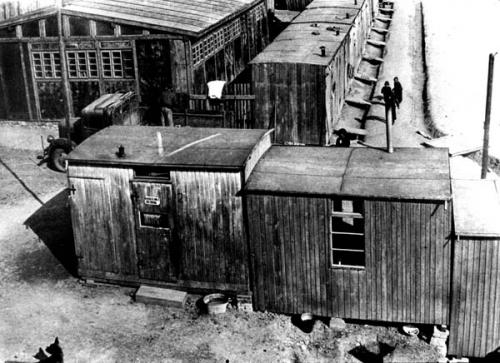 After four years of research and documentation, the Czech Database of Victims of the Holocaust has added the names and general data of those men, women and children who died during the years 1942 and 1943 as prisoners of the „Gypsy Camp I“ in Lety u Písku. Together with those who died at the „Gyspy camp II“ in Hodonín u Kunštátu and the „Gypsy camp“ in Auschwitz-Birkenau they make up the group of about 5,000 people, mostly Roma and Sinti, from the territory of today’s Czech Republic who were murdered due to the national socialist persecution of those considered „gypsies“.

The Database of Victims already contained the names and fates of about 80,000 people who have been deported from the territory of today’s Czech Republic and other European countries during WWII, because the Nazis categorized them as Jews. Most of them were deported first to the ghetto Theresienstadt, and from there later on to the extermination camps. Exact adresses can be found for those living in Prague during the 1941 registration.