International Campaign #ProtectTheFacts | Honouring the Past. Safeguarding the Future 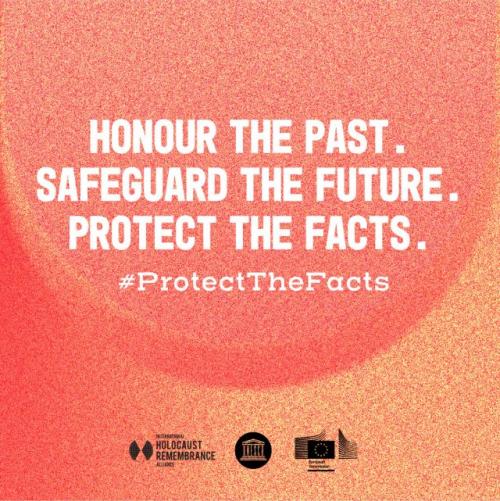 Over 75 years after the end of the Second World War, Holocaust memory is under threat. Holocaust distortion is on the rise and is eroding our understanding of historical truth. Holocaust distortion benefits from a general lack of awareness. It doesn’t stop at national borders, nor is it found only in one language. International cooperation is essential to countering it.

ProtectTheFacts is an international initiative of the European Commission, the International Holocaust Remembrance Alliance (IHRA), the United Nations, and UNESCO, who have joined forces to raise awareness of Holocaust distortion – both how to recognise it and how to counter it.

The campaign, #ProtectTheFacts, aims to raise awareness of the importance of countering Holocaust distortion and promote recommendations and strategies among policymakers, Holocaust-related institutions, civil society, and the general public.

The European Holocaust Research Infrastructure (EHRI) fully supports the #ProtectTheFacts campaign as we share its mission. The EHRI Portal - a growing resource - secures the accessibility and findability of over 325,000 Holocaust sources, no matter where they are located. 25 partners representing Holocaust-related archives, libraries, museums and research institutions, from 17 different countries, work together to safeguard the knowledge and sources for future Holocaust research and generations. EHRI connects sources, institutions and people. The Conny Kristel Fellowship Programme gives researchers access to the resources of the world's twenty leading Holocaust archives. EHRI's extensive programme of networking and training brings people together. Last but not least, EHRI promotes innovative tools that advance the digital transformation of Holocaust research.

The #ProtectTheFacts campaign was officially launched early 2021. The campaign includes a website, which hosts information on the campaign, details on the phenomenon of Holocaust distortion and the social media shareables library. You can help spread the message about this urgent problem and encourage others to #ProtectTheFacts. 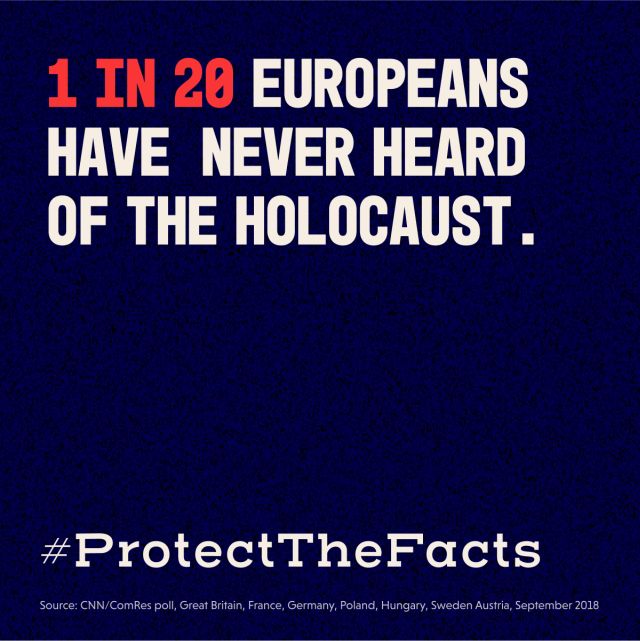