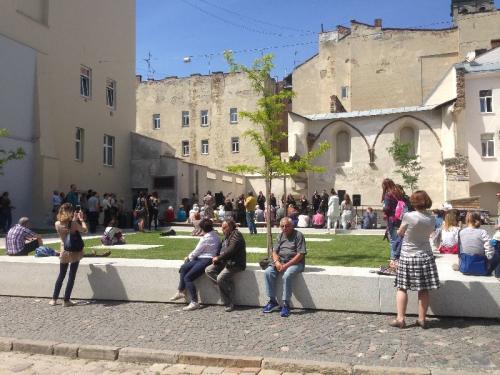 The Center for Urban History of East Central Europe will mainly be involved in EHRI’s training and education and share their knowledge and experience for localisation and capacity building. The Center will also welcome EHRI fellows.

The Center for Urban History is an independent institution that focuses its work on urban history research, digital history projects, and public history activities. Our aims are to enhance international cooperation in research, to explore the possibilities of digital technologies in the humanities, and to rethink the roles of history in modern societies. The Center’s work has several objectives: to research the history of Eastern and Central European cities; to promote urban history in an interdisciplinary format; to foster international academic and cultural exchange; to deepen knowledge and understanding of the complexity and diversity of history and heritage in Eastern and Central European cities; and to enhance cooperation among local and international institutions.

Over the last several years the Center took part or co-organized several initiatives focusing specifically on heritage practices in Lviv and in Eastern and Central Europe. Among key initiatives, there was an international conference “Jewish Urban Heritage and History in East Central Europe” organized in 2008 in Lviv. It initiated a project to commemorate and mark sites of Jewish heritage and has been developed further in cooperation between the municipality, the international organization GIZ, and the Center for Urban History as a research institution. The first part, the Space of Synagogues, was inaugurated in September 2016.

In 2010, the Center launched an annual summer school focusing on Jewish studies. For eight years, the school brought together leading world experts with students from Ukraine, Poland, Belarus, and Russia. These schools created a milieu for researchers and practitioners of Jewish history and heritage as a part of the history and heritage of Ukraine and Eastern Europe.

In 2015-2017, the Center’s annual program “Jewish Days in the City Hall'' engaged with the topics of shared responsibility for Jewish heritage in cities; legacies of violence and how these have changed cities; the role of culture in state and ideological projects; and the capacities of cultural institutions to offer more inclusive and sensitive ways for our conversations with and about the past.

As digital projects are an integral part of the Center’s activities, the combination of memorial space and public events also led to a range of virtual walks tracing personal routes of Lviv’s Jews and published within the “Lviv Interactive” project, a digital encyclopedia about the history of the city in the 19th and 20th century. “Lviv Interactive” also serves as a platform for geospatial historical data about the city (i.e. historical georeferenced maps and street renames, Holocaust-related data, etc.).

Another important digital project at the Center is the Urban Media Archive, holding digital copies of historical imagery, motion pictures, maps, and oral history interviews. The archive works on preservation, and popularization of materials that are less represented by state archival institutions (i.e. amateur films and home videos, etc.).

Given the challenges of data integration within digital research and cultural infrastructures, developing long-term sustainability of the digital collections and databases according to the FAIR principle is among the priorities of the Center.

The Center offers residence programs and hosts research fellows and student interns for establishing and continuing communication across different disciplines, geographies and stages. The Center's Residence Program is designed to encourage, promote, and support research and reflections on urban history and urban experiences in Eastern and Central Europe. Up until now, the Center has welcomed more than 120 researchers (including Fulbright fellows, and other partnership residences).

We hope that our experience as a hosting institution for research residences and workshops will be fruitful and productive for the EHRI-3 consortium.

Sofia Dyak, Director, Head of the Foundation in Ukraine

Image: Klezmer Concert at the Space of Synagogues, 2017. By Sofia Dyak, The Center for Urban History of East Central Europe

Online Conference | "…the news came like a bolt from the blue." 80th Anniversary of Sealing Off the Warsaw Ghetto

Project Director Karel Berkhoff on What to Expect From EHRI-3