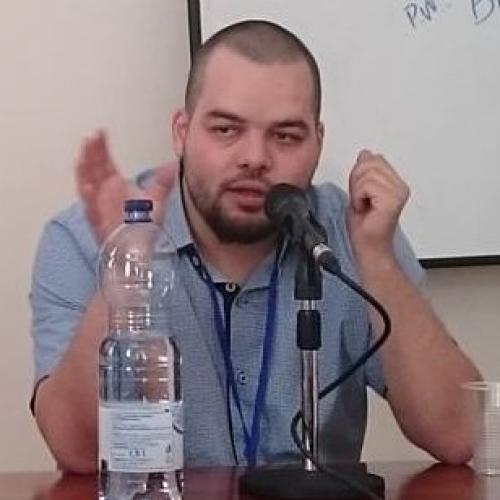 Anton Hruboň is an assistant profesor at the Department of European Cultural Studies at the Faculty of Arts, Matej Bel University in Banská Bystrica (Slovakia). In his research he focuses on the political and cultural history of Slovakia, Czechoslovakia and Central Europe in 1918 – 1945 and on a comparative study of European fascism and right-wing authoritarianism. Anton Hruboň has published six monographs, over sixty papers in Slovakia, Czech Republic, Poland, Romania, Serbia, Belarus and Russian Federation and more than seventy articles of popularization character. As a principal investigator and member of research teams he has been involved in five VEGA grants supported by Slovak Ministry of Education, Science, Research and Sport; he was a principal investigator of international scientific-educational project of the Visegrad Fund ("Visegrad University Studies Grant" scheme) and a holder of several scholarships and fellowships at universities and research institutes outside Slovakia (Charles University in Prague, Ján Hus Foundation in Brno, Slovak Historical Institute in Rome, Bundesarchiv Berlin).

Hruboň´s contemporary research focuses on the life and career of “architect of genocide” of Slovak Jews Alexander Mach, a wartime minister of interior, deputy prime minister of the Slovak State, head of the Propaganda Office and head commander of the Hlinka Guard. In German archives and libraries Anton Hruboň is completing materials regarding Mach´s involvement in the “Final Solution” and regarding Mach´s role in the wartime Slovak politics as reflected by the Nazi elites and by the Sicherheitsdienst.