Over 150 New Additions to the JDC Archives’ Historic Film, Video, and Audio Collection 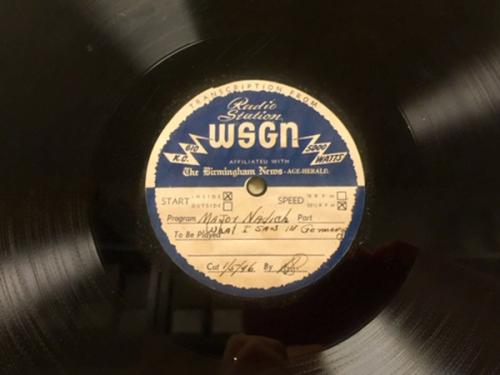 EHRI's associate partner, the American Jewish Joint Distribution Committee (JDC) Archives has just unveiled a new comprehensive webpage for its Historic Film, Video, and Audio Collection to mark its recent and significant progress in digitizing and preserving previously “hidden” treasures: historic film, video, and audio materials, from the 1920s up through the early 2000s,

With funding from the Henry and Marilyn Taub JDC Archives Film Project, the Council on Library and Information Resources, and the National Film Preservation Foundation, the JDC Archives has digitized 21 films, over 101 videos, and nearly 50 audio recordings. The List of Digitized Film, Video, and Audio Recordings offers a chronological list of all digitized materials, with a brief description and a link to the detailed database record for each item. Clips from several digitized items are also available online.

These audiovisual materials span the globe, from Bosnia and Herzegovina to Ethiopia to Uzbekistan, and offer an extensive documentary record of JDC’s relief work with vulnerable communities at historic transitions, including for example:

These materials are the extraordinary results of JDC’s decision, as early as the 1920s, to document its on-the-ground work amid vital relief operations in real time. JDC’s historic audiovisual primary sources, created decades ago to raise awareness of its global relief efforts, are now preserved and accessible for filmmakers, scholars, journalists, and other researchers exploring JDC’s history in new ways—off the page and on the screen.

Read more and search the collection