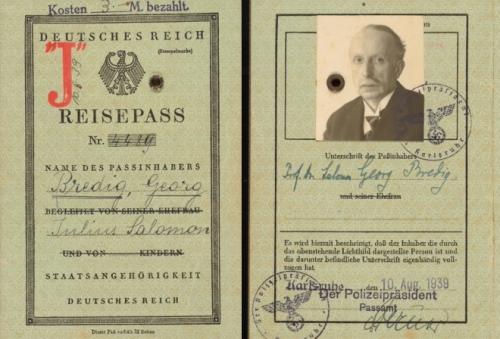 The Science History Institute has been awarded a $198,454 grant from the Council on Library and Information Resources (CLIR) for the project Science and Survival: Digitizing the Papers of Georg and Max Bredig. The Institute’s project was one of only 16 selected from a pool of 151 applicants for CLIR’s Digitizing Hidden Collections grant program funded by the Andrew W. Mellon Foundation.

Unlike many other archival collections of German Jewish scientists that were seized and destroyed by the Nazis, Georg Bredig’s papers miraculously survived. This award will be used to catalogue, translate, digitize, and make publicly accessible nearly 3,000 letters, photographs, and other documents from this newly rediscovered trove of rare historic material as well as the related war-time papers of Max Bredig, Georg’s son.

Georg Bredig (1868–1944) was a pioneering scientist in the field of physical chemistry who held important academic positions until his career was ended by the Nazis in 1933. The pre-1933 materials detail Bredig’s early scientific training and his rise to international prominence during the golden age of German science. The collection contains extensive correspondence with many Nobel laureates in chemistry and physics, including Svante Arrhenius, Wilhelm Ostwald, Niels Bohr, Ernst Rutherford, Fritz Haber, Max Planck, Walther Nernst, and Harold Urey.

For more information about the Science History Institute and this award, please visit this webpage.