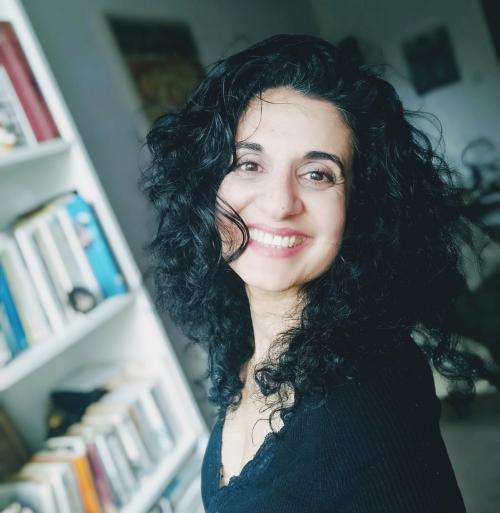 Galit Haddad is a historian and scholar of contemporary French history. Since 2016, she serves as researcher in the Goldstein-Goren Diaspora Research Center at Tel Aviv University. She is also a Research Associate in the School of Advanced Studies in the Social Sciences in Paris (EHESS), and a member of the advisory committee of historians of the International Research Center at the Historial de la Grande Guerre in France.

Dr. Haddad’s area of expertise is the French soldiers’ experience during the First World War with a focus on the antiwar and protest discourse within the French Army. Her first monograph (1914-1919. Ceux qui protestaient) was published in French with “Les Belles Lettres” in Paris (2012).

Dr. Haddad is currently working on the distinctive captivity experience of the French-Jewish POWs in German prisoner-of-war camps in the shadow of the French defeat (1940-1945). In particular, she has uncovered the complex dynamics of Jewish identity, anti-Semitism, racism, and anti-Jewish abuse in the German Prisoner-of-War camps. In addition, she has documented the Vichy regime’s multifaceted diplomacy and policy vis-à-vis the French-Jewish captives in the Oflags and Stalags, bringing new dimensions and insights to the rapidly evolving historiography on Vichy and its Jewish policy.