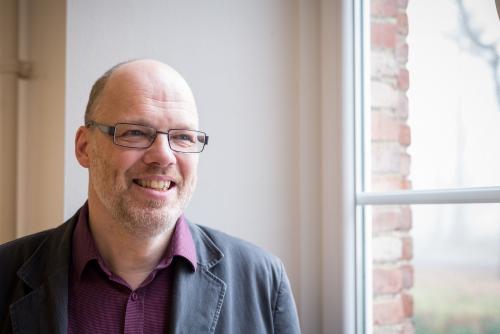 Aaldert Prins (Belgium) graduated from the Evangelical Theological Faculty (ETF) in 1991 with a Licentiate in Theology. From 1991-2002 he was guest lecturer Historical Theology at the Bijbelinstituut België, Leuven. From 2009 he is part time PR and Communications Consultant and Archivist at Evadoc, Protestant-Evangelical Archives and Documentation Centre in Leuven. From 2009-2015 he was Assistant in Historical Theoloy at ETF, where he earned a PhD in Theology and Religious Studies in 2015. As of September 2015 he is Postdoctoral Researcher Historical Theology at ETF, focussing on Resistance and Collaboration by Belgian Evangelicals during World War 2 in comparison with Evangelicals in France, Austria and Italy.

During his research period as an EHRI fellow at Yad Vashem, he intends to explore sources on how the Evangelical communities in France, Austria and Italy positioned themselves in word and deed towards the occupying forces and Nazi ideology and how the results of the post-doctoral research project can be promoted to a wide audience. Sub-questions deal with questions such as ‘What were the motives for resistance or collaboration?,’ ‘In which ways was the resistance carried out?’ and ‘Were any Evangelicals active in collaboration, and if so in which ways?’

He also intends to discuss the methodology of Oral History interviews in order to improve the quality of the interviews yet to be carried out.