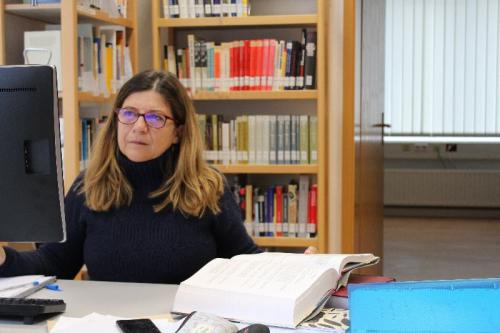 Laura Fontana is considered to be one of the leading Holocaust educators with nearly 30 years of teaching experience. Since 1994 she has been in charge of an educational programme devoted to the teaching of the Holocaust under the name of “Education and Remembrance”. She has coordinated and led many international seminars, developed a variety of pedagogical units, lectures and written widely on all aspects of Holocaust education in Italy, France, Israel and Poland. From 2007-2010 she was appointed Director of the Historical Institute for Resistance in Rimini. She joined Mémorial de la Shoah of Paris in 2008 as the head of its newly founded Italian Department. In 2013 she was appointed by the Mémorial de la Shoah as scientific coordinator for the EHRI (European Holocaust Research Infrastructure) international project and in her capacity she is responsible for training seminars for European researchers.

Laura Fontana is the author of several scholarly articles in Italian, French and English on many aspects of Holocaust history and Holocaust memory and teaching.

Among her research interests: Italian deportation to Auschwitz, German Holocaust Historiography, Holocaust in Italy, Sport under Nazi Germany, the Nazi language, Visual sources of the Holocaust and Forced Labor under the Third Reich. She is member of editorial board of the Revue d’histoire de la Shoah, directed by Georges Bensoussan.