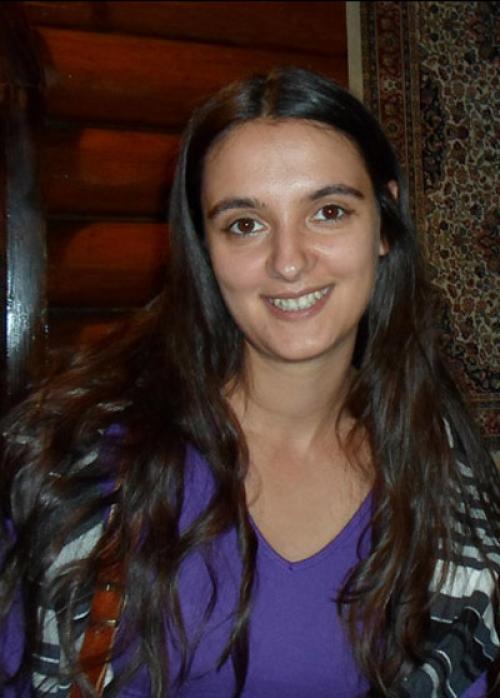 Anna (Hanna) Abakunova currently is an advanced-standing doctoral researcher in Holocaust History at the University of Sheffield (supported by the Wolfson Scholarship) and an associate tutor for the undergraduate course “The Making of the Twentieth Century”. The title of her thesis is “The Rescue of Jews and Roma in Ukraine during the Holocaust”.

She received her BA (2004) and MA (2005) both in History and Psychology at the Dnipropetrovsk National University (Ukraine), where she also finished the “kandydat nauk” (candidate of science in History) degree program (2010).

Ms. Abakunova is the co-author of the “Annotated Bibliography on the Genocide and Persecution of Roma and Sinti” published by IHRA (2016) and the author of other publications on the extermination and rescue of Jews and Roma in Ukraine published in Ukraine, Russia, Poland and Romania. In 2008-2017 she held Visiting Research Fellow positions at a number of institutions including the NIOD (Amsterdam), the Hebrew University of Jerusalem, the New Europe College (Bucharest), Yahad-in Unum (Paris), and Yad Vashem (Jerusalem).

Her research interests encompass the history and memory of the Holocaust in Ukraine including the rescue of Jews and Roma, inter-ethnic relations in Transnistria and southern Ukraine, the Holocaust Historiography in the post-Soviet countries, and memory about the persecution of Roma and Jews in Ukraine.

Her project for EHRI is entitled “The Rescue of Jews and Roma in Ukraine during the Holocaust: Punishment for Helping the Jews and Roma”. In Bundesarchiv in Berlin, Anna looked at the official documents of the local administration in the military controlled zone, the Reichskommissariat “Ukraine”, and the Distrikt Galizien. These documents include, first of all, orders to the civilians and examined with the particular focus on the Roma in order to find cases of helping and rescuing them. In Bundesarchiv in Ludwigsburg Anna worked with the reports of Sonderkommandos and the court trials where verdicts for helping the Jews and probably the Roma can be found. The proposed research project is tightly connected with one of the aspects in her dissertation.