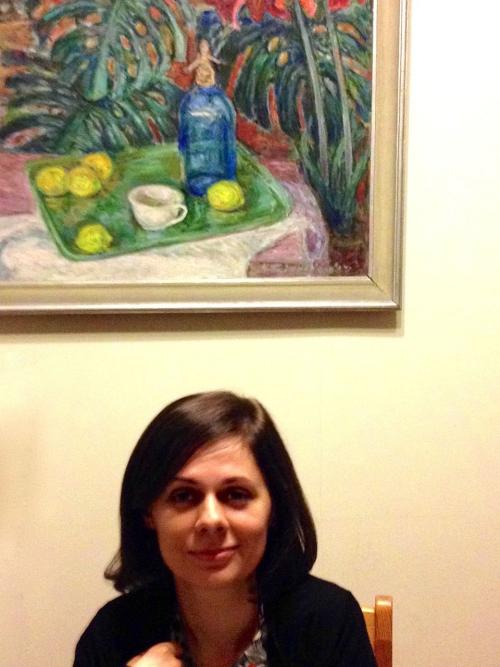 Marta Zawodna is a historian and sociologist working as project coordinator at Adam Mickiewicz University in Poznań. Her works are devoted to the Holocaust  and its postwar consequences, especially the afterlife of camps and the ways of handling the remains of concentration camp victims.

During her doctoral studies she received the Fellowship for Young Scientists from the Polish Center for Holocaust Research and a fellowship from the Polish Ministry of Science and Higher Education, which allowed her to do research for PhD.  She obtained a PhD in sociology in late 2013. The title of her thesis was “Dead body in western culture. Ways of handling the remains of Holocaust victims in the grounds of KL Auschwitz-Birkenau und KL Kulmhof in the post-war period”. Marta Zawodna has written a number of articles on the Holocaust and the history of the former camps Auschwitz, Belzec and Kulmhof.

During her stay at the Institut für Zeitgeschichte in Munich she plans to analyze the ways of handling the remains of Dachau camp victims from liberation to the 60s. Her work is focused on three periods: 1) the liberation in 1945 2) the scandal around Leitenberg at the turn of the 40s and 50s 3) the emergence of religious buildings in the area of the former camp and its direct neighbourhood in the 60s. She will analyse press articles on the examined topic published in local and nationwide newspapers as well as in the international press.

Marta Zawodna’s current research project is a continuation of her PhD project.

The purpose of her earlier, present, and future research is to compare the ways of dealing with human remains in different Nazi camps located in Polen, Germany and Austria for a better understanding of the general phenomenon of the afterlife of camps.