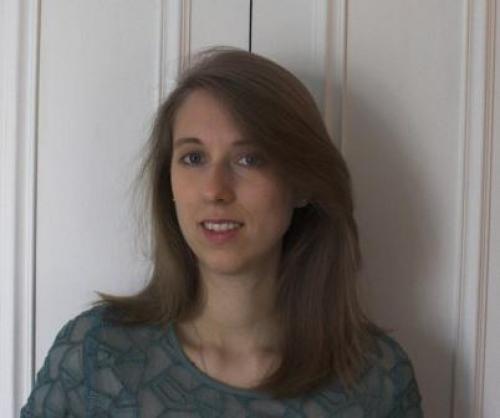 Zoé Grumberg is currently a PhD candidate in contemporary history at  the Centre d’histoire de Sciences Po Paris (CHSP), under the supervision of Claire Andrieu. She graduated from Sciences Po Paris in June 2014 and successfully achieved the Agrégation d’histoire - French highest competitive exam which qualifies for teaching at high school and university - in 2015. At Sciences Po, she lectures a BA course on the political commitment in France in the twentieth century. She is also the teaching assistant of Vincent Duclert for his MA course on the global history of genocides. Last year, she was a member of the Mission d'étude en France sur la recherche et l'enseignement des génocides et crimes de masses (Commission in France on Teaching and Research on genocides and mass crimes), launched by the previous Ministry of Education Najat Vallaud-Belkacem and supervised by Vincent Duclert.

Her dissertation examines the reconstruction of the Jewish-communist life in post-Holocaust Paris, between 1944 and the 1950s. She focusses on associations that were created by Jewish immigrants from Eastern Europe during the Interwar Period, during the War (as Resistance organizations) or in the aftermath of the Holocaust and who committed themselves to help Jews in Paris after the Holocaust. She studies both the (re)construction of the structures of the Jewish-communists in France and their actions for the Jewish life, which also lead her to analyze their interactions with non-Communist Jewish associations (from France and from abroad), with non-Jewish associations and with the French State. She also analyses the organic and ideologic connection between these associations and the French Communist Party. Finally, together with the study of their associations, she follows the paths of Jewish-communist activists in the twentieth century, thus enlarging the chronological boundaries of her study to the Interwar Period and the War in order to reach a better understanding of the aftermath of the Holocaust.

During her EHRI fellowship at the CEGESOMA, Zoé will conduct archival research at the CEGESOMA and in other archival centers in Brussels. She intends to find documents about Jewish-communist activists who spent some time in Belgium before coming to France in the Interwar Period, to find correspondence between Jewish-communists from France and Belgium in the aftermath of the Holocaust, and to do some comparisons between the Jewish-communists of the two countries