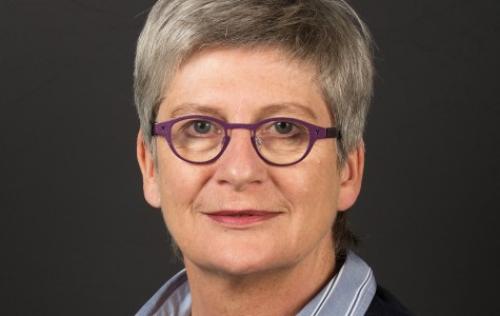 As a historian, Conny was known for her publications about the history of the persecution of the Jews and the Netherlands during the First World War. As project director of EHRI, Conny made a significant contribution to the internationalization of Holocaust research. Conny’s personality, her expertise and not least her diplomatic skills all contributed to her success in this regard. She was highly valued as a colleague, director and a human being by EHRI colleagues working at over 20 institutions across Europe, Israel and the United States. One month ago, on 11 September, it was announced at a conference in Vienna that EHRI had been selected to become a permanent part of the European Research Infrastructure landscape. Conny held an inspirational speech in Vienna and upon her return she expressed that she felt well despite the circumstances of her illness. Unfortunately that did not last long.

Conny Kristel studied history in Amsterdam while also working at a law office. After her graduation she wrote reviews for a Dutch newspaper and contributed to several magazines. In 1998 she received her doctorate from the University of Amsterdam for her dissertation Geschiedschrijving als opdracht – Abel Herzberg, Jacques Presser en Loe de Jong over de Jodenvervolging [Historiography as mission – Abel Herzberg, Jacque Presser and Loe de Jong about the persecution of the Jews], which she wrote under the supervision of Hans Blom. Apart from the reference to the classical authors on the Shoa in the Netherlands, the title of her dissertation can also be seen as a reference to her own motives, especially to the big sense of responsibility with which she approached the social and scientific aspects of the profession. The will to fathom the origins and consequences of war violence, persecution and victimhood forms the core of all her work. At the same time, she was committed to find new ways to present such knowledge in the public sphere.

For the writing of her dissertation, Conny Kristel worked at the NIOD, where she subsequently coordinated a sequence of important projects. Among these was the research school PONTEG for 19th and 20th century history, a big research programme issued by the Dutch government into the return and accommodation of war victims (SOTO), and, since 2010, EHRI. In 2016 she published a monograph on the Netherlands and the First World War, De oorlog van anderen [The war of others], and recently she wrote an introduction to a reissue of the work of the well-known Dutch historian of the Second World War, Loe de Jong, about the persecution of the Jews.

Conny loved life and all the things that gave it colour: art, travelling, nice clothes, good food. She still had a lot of plans and ambitions. Unfortunately the time to fulfil these has not been given to her, which is very sad. Everyone that worked with her has learned from her, has benefited from her selfless way to shape joint work, her patience, professionality and commitment. Conny was very critical about herself and others, but at the same time she was generous in sharing knowledge and insight.  Those who worked for her could always feel secure. She brought stability and instilled belief into their own capacities into others. We cannot even begin to comprehend how much we will miss her. Our compassion goes out to her partner Christiaan, her family and other loved ones.

On behalf of EHRI, Peter Romijn, Head of Research NIOD