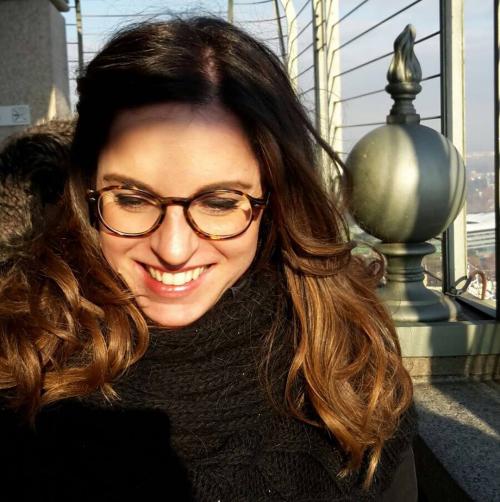 Anna Veronica Pobbe is a PhD-candidate at University of Trento. Previously she completed an MA and BA in Modern and Contemporary History at University of Rome La Sapienza. She started to get involved into Holocaust Studies thanks to an exhibition, where she did an internship. Then she did both her thesis (BA and MA) on the Łódź Ghetto, from the survivors' perspective (using hundreds of Visual History Archive interviews).

Right now her research focuses on the economic interest behind the exploitation of Jews, before and during the Second World War, and on the figure of the ghetto-managers. Anna Veronica’s dissertation, provisionally titled “Hans Biebow after 1941: the Wehrmacht, the Final Solution and the End of Łódź Ghetto”, explores the business around Litzmannstadt Ghetto by focusing on the work of the head of the Gettoverwaltung: Hans Biebow, a young manager from Bremen.

The Łódź Ghetto was the first ghetto established by the nazis during the war and it lasted until the end of summer 1944. In this project Anna Veronica studies especially the nazi perspective on the ghetto using the lens of Biebow’s role through the years (especially after the decision of the Endlösung).

She hopes that her research can help to start to fill the gap between microhistory studies (such as the specific issue of Łódź Ghetto) and main themes of the Holocaust history (for ex. The exploitation of Jewish people).