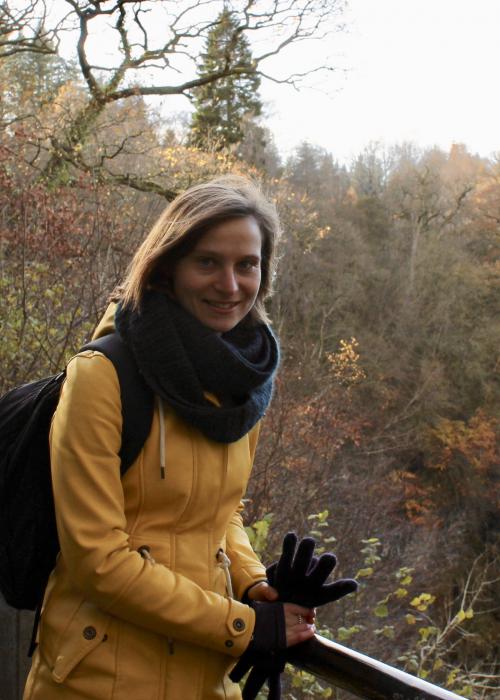 Paula Oppermann is a PhD candidate in Central and East European Studies at the University of Glasgow. Her research focuses on the Latvian Fascist Pērkonkrusts (Thunder Cross) Organisation, how it developed its ultra-nationalist, antisemitic ideology in the 1930s, and how this influenced its members’ actions during WWII. The level of Pērkonkrusts’ involvement in the German occupation and annihilation apparatus has not yet been systematically investigated, while more attention has been paid to their anti-German activity after the organisation was closed in August 1941. In order to understand the (dis-)continuities in Pērkonkrusts’ relationship to the German occupiers, Paula is using her EHRI fellowship to conduct research at the German Federal Archives (Berlin / Ludwigsburg) and at the Institute for Contemporary History (Munich).

Paula previously studied History and Baltic Languages at the University of Greifswald and completed an M.A in Holocaust and Genocide Studies at Uppsala University. Her research interests are the Holocaust and its commemoration in Latvia, and she has published articles on the history of the Rumbula and Salaspils Memorials. She has worked as a research assistant at Berlin’s Topography of Terror Documentation Centre curating a special exhibition entitled ‘Mass Shootings. The Holocaust Between the Baltic and the Black Sea 1941–1944’, and as a sub-editor for the online-project ‘Pogrom: November 1938. Testimonies from “Kristallnacht”,’ developed by the Wiener Library, London.