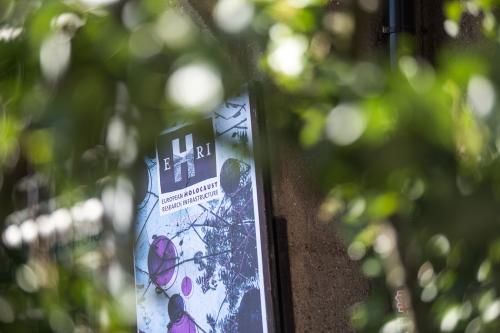 On 23 August, it was announced that the European Holocaust Research Infrastructure (EHRI) will continue to receive funding from the European Union to sustain and expand its resources and activities and to enable it to become a permanent European home for international Holocaust research and collaboration.

Over the past nine years EHRI has already proven itself by building and supporting a human network and digital infrastructure for the international Holocaust research community. With the new funding EHRI can now transform itself from a project into a permanent, independent organization. Its dependence on European Union subsidies will be replaced by a business model in which selected member states jointly finance the organization.

The coordinator of the developing organization will continue to be the NIOD Institute for War, Holocaust and Genocide Studies in Amsterdam, the Netherlands, which has performed this task successfully for the past nine years.

In December 2018, the European Council adopted a declaration on the fight against growing antisemitism and the development of a common security approach to better protect Jewish communities and institutions. The foundation of EHRI as a permanent European organization to support and facilitate international Holocaust research is an important step to secure that the Holocaust may be a comprehensive lesson from history that must not be forgotten. The importance of Holocaust research, education and remembrance is acknowledged by the EU:

Holocaust remembrance, research and education are key to understanding the history of the founding of the EU. Through Horizon 2020, the EU has set-up the European Holocaust Research Infrastructure (EHRI) in the Netherlands. Its goal is to strengthen the network of European research on the Holocaust and contribute to a European perspective on the Holocaust. (Q&A Fact Sheet Eurobarometer survey on Antisemitism in Europe)

About the European Holocaust Research Infrastructure

EHRI provides online access to information about dispersed sources relating to the Holocaust through its Online Portal, and tools and methods that enable researchers and archivists to collaboratively work with such sources. Apart from providing an online platform, EHRI also facilitates an extensive network of researchers, archivists and others to increase cohesion and co-ordination among practitioners and to initiate new transnational and collaborative approaches to the study of the Holocaust. EHRI thereby seeks to overcome one of the hallmark challenges of Holocaust research: the wide dispersal of the archival source material across Europe and beyond, and the concomitant fragmentation of Holocaust historiography.

Image by Mark Nauwen for EHRI