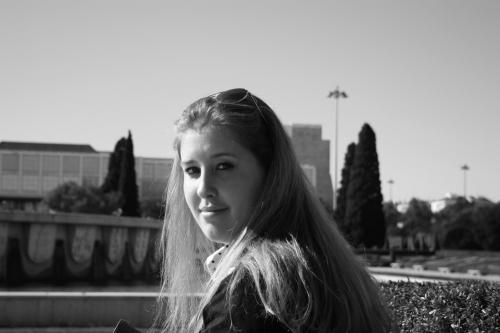 Anna-Raphaela Schmitz is a PhD candidate at the University of Munich (LMU) and is currently working on her research project about “Rudolf Höß – Work Behaviour, Interpersonal Relations and Private Life of a Concentration Camp Commandant". Based on a "praxeological" biography of Höß, the Nazi leadership framework, the principles of behaviour, the social interactions and the networks of the perpetrators in Auschwitz-Birkenau will be analyzed.

She graduated with a magister degree in History and Political Science from the University of Trier in 2010. The title of her thesis was “Carl Clauberg – a Physician in Auschwitz”. Afterwards she studied Holocaust Communication and Tolerance at the Touro College Berlin. 2013 she received her master degree with her thesis about the “Kreisauer Kreis in the context of Nazi violent crimes”. During her studies, Anna-Raphaela worked at the Memorial to the Murdered Jews of Europe in Berlin.

She will use her fellowship at the VWI to conduct research for her PhD project. Therefore, Anna-Raphaela will visit archives and libraries in Vienna, for instance the Documentation Centre of Austrian Resistance or the Institute for Contemporary History at the University in Vienna. There she will have a closer look into the primary documents relative to the Auschwitz-Birkenau camp, survivor testimonies and reports regarding former SS-perpetrators. Furthermore she will discuss her project with Austrian researchers.

Anna-Raphaela will be in residence at the Vienna Wiesenthal Institute for Holocaust Studies in April 2016. She may be contacted at schmitz@ifz-muenchen.de.