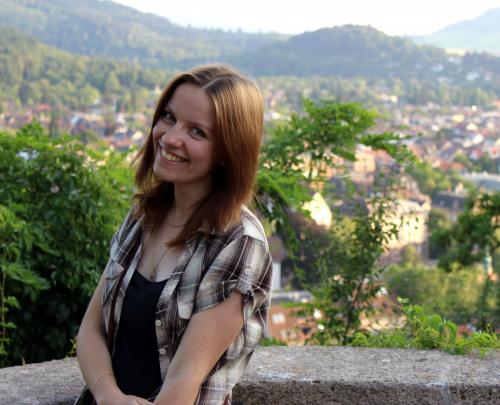 Irina Makkalova received a B. A. in History from the Higher School of Economics Moscow (2014), and an M. A. in Modern European History from the Humboldt University Berlin (2016). At present, she is a PhD candidate at the Higher School of Economics Moscow, as well as a research assistant at the International Center for History and Sociology of the Second World War and its Consequences. In frameworks of her work in this Center she has been engaged in several projects devoted to the social history of the Second World War including the Holocaust on the occupied Soviet territories.

Currently, she is working on her PhD thesis on the collaborators in the Crimea during the Nazi occupation (1941-1944) including the question about their participation in persecution and annihilation of the Jewish population in the Crimea. In the dissertation she will be answering the following questions: How did the collaborators of different nationalities behave toward the Jewish population during the Nazi occupation? What was the difference between policy in Crimean cities and countryside with regard to the Jews? Did the collaborators share antisemitism while persecuting the Jews? Did they help by recognition of the special Jewish groups?