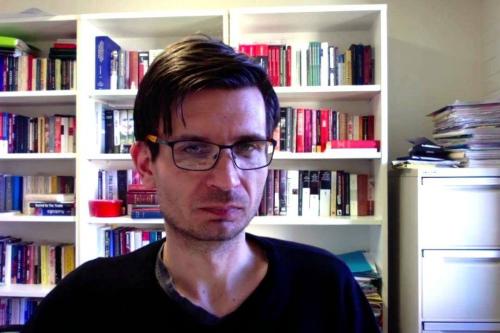 Dr Jan Láníček is a Senior Lecturer at the School of Humanities and Languages, the University of New South Wales in Sydney (Australia). His will be working on a project entitled: ‘The Holocaust on Trial: Czech Society confronts Crimes against the Jews and Roma (1945-53)’.

He teaches courses on the history of the Holocaust and on modern Europe. He received a PhD in history at the University of Southampton in Britain, and in 2011-12 worked as Prins Foundation Post-Doctoral Fellow at the Center for Jewish History in New York. Jan’s research focuses on Czech-Jewish history in the twentieth century, the history of the Holocaust and Jewish/non-Jewish relation during and after the war. He has published two books, two co-edited anthologies and numerous articles.

During his EHRI Fellowship at the Jewish Museum in Prague, Jan will work on a new project, provisionally entitled ‘The Holocaust on Trial: Czech Society confronts Crimes against the Jews and Roma (1945-53)’, which will provide multifaceted insights into the responses to the Holocaust in Central Europe immediately after the end of the war (1945-1953). The project will arrive at new understandings of the formation of Holocaust memory by offering an all-encompassing examination of post-war responses to the persecution of both, the Jewish and Roma minorities in the liberated western parts of Czechoslovakia.

‘The Holocaust on Trial’ will offer an analysis of the ways in which the Czech and minority societies coped with the entangled histories of the recent past immediately after the end of the war and in particular how the judicial retribution impacted on the formation of Holocaust memory. It will contribute to historiographical debates on the involvement of non-German locals in the persecution of both minorities, debates about the alleged Jewish and Roma collaboration during the war, and the volatile societal relations in immediate post-war Europe.