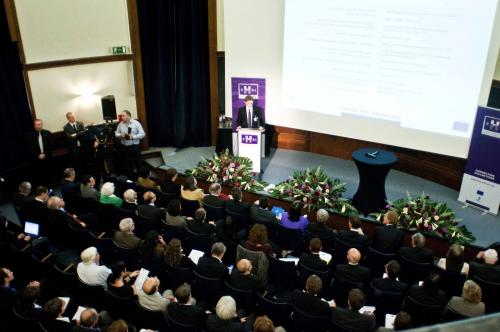 On 16 November 2010, The European Holocaust Research Infrastructure (EHRI) was formally launched in the presence of high level European politicians and representatives of the relevant communities in the Royal Museum of Art and History in Brussels, Belgium.

This was the official start of the first phase of the EHRI project (2010-2015) that was funded by the Seventh Framework Programme (FP7) of the European Union.

Programme of the launch event of EHRI, the project