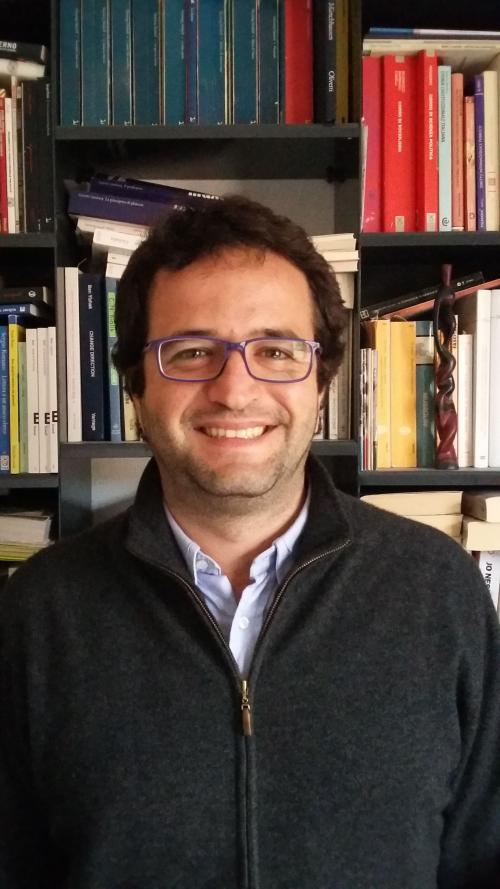 Filippo Petrucci holds a PhD in History of Africa, University of Cagliari-Italy, with a thesis on the comparison between the Jewish communities in Algeria and Tunisia during 1942-43. After the PhD his studies focused on Jews’ life in Northern Africa, thanks to several fellowships: with the International Institute for Holocaust Research at Yad Vashem, Jerusalem, with the Vidal Sassoon International Centre for the Study of anti-Semitism –SICSA– at the Hebrew University of Jerusalem, and with the University of Cagliari in Italy.

Filippo Petrucci’s areas of research and interest are Judaism in North Africa in contemporary and modern times, history of North Africa, the presence of Italians in North Africa, and the historical and political dynamics in the Middle East and Israel.
He has presented his work in several international conferences and since 2008 he has given seminars and courses on the history of North Africa and the Mediterranean and has been temporary lecturer and tutor for courses in Contemporary History (at the University of Cagliari).
He has published a monograph and several articles; three articles and another monograph should be published in the coming months.
At the moment, he is carrying out research with the University of Cagliari and recently with the Centro Alberto Benveniste, EPHE Sorbonne, Paris.

During his fellowship at the Mémorial de la Shoah in Paris he will examine the Italian Jewish community in Tunisia in 1942-1943; he has already dealt with this issue but this additional research opportunity will give him the chance to highlight new aspects of this theme and especially the extent to which the story of the Italian community contributed to shaping the history of Tunisia.
While in France, Filippo Petrucci will use the archives and library of Mémorial de la Shoah, but he will be able to use also the Centre des Archives diplomatiques de La Courneuve (Ministry of Foreign Affair), the archives of the Alliance Israélite Universelle and other libraries and archives in France.