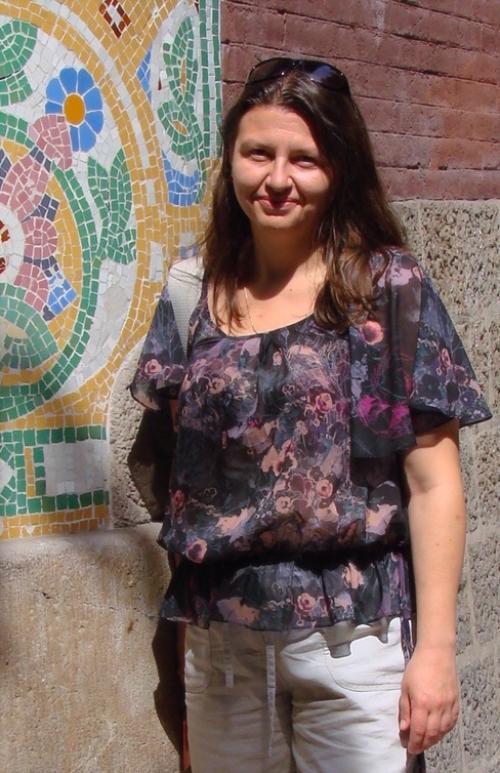 Katarzyna Wodarska-Ogidel is a curator of the prints and drawing collection and the memorabilia collection at the Theatre Museum in Warsaw. She is responsible for cataloguing, preparing and putting together studies of objects and archival documents from the museum’s collection as well as for collaborating with researchers from other institutions.

She is interested in the theatre's history during the World War II, especially theatrical activity during the Holocaust, performing activity of concentration camp's prisoners and theatre in POW Camps. Together with colleagues from the Theatre Institute in Warsaw, she worked on an exhibition devoted to this topic. (Exhibition "Lagertheater" was opened on 19th October 2017 in Modern Art Museum MOCAK in Cracow).

Due to her interests in theatre history during World War II and also Jewish cultural heritage  she pays special attention to those parts of the museum’s collection. The Theater Museum is a small institution, part of Teatr Wielki – Opera Narodowa, with few staff but a huge collection connected to the history of Polish drama, opera, operetta and cabaret in different parts of the country including also Lithuania, Belarus and Ukraine before 1945. In this collection there are also documents, photos, playbills, programs and memorabilia connected to performance activities in P.O.W. and concentration camps as well as collections of Jewish playbills and theatre reviews by Jewish critics in from the prewar Yiddish press, drawn a range of Jewish newspapers from different regions of Poland.

She is PhD candidate in the theatre history at the Institute of Art of the Polish Academy of Sciences in Warsaw and her dissertation examines the performance activities of concentration camps prisoners. Focused on testimonies of Polish prisoners and archival material she researched the different forms of theatrical activities of prisoners, the role of performing arts in the prisoner’s life and its impact on international contacts between different groups of prisoners.

She was awarded with the scholarship for young researchers of the Herder Institute in Marburg in 2014 and J.B. and Maurice C. Shapiro Fellowship at The Jack, Joseph and Morton Mandel Center for Advanced Holocaust Studies at United States Holocaust Memorial Museum in Washington DC in 2016.