People in EHRI: Anastasia Loudarou, works for EHRI and the Jewish Museum of Greece 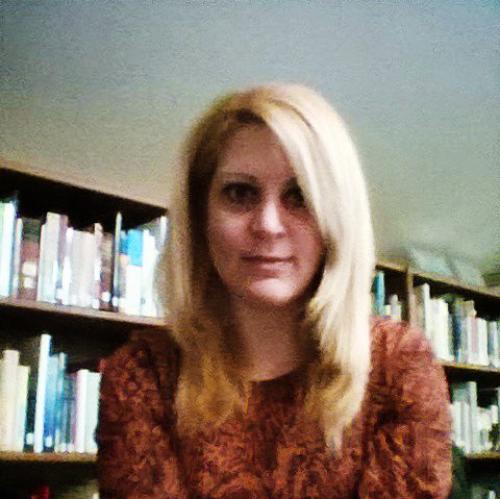 Member of EHRI Working Groups 6. Coordination with Humanities Research Infrastructures and 9. New Methodologies, Data Identification and Integration. She is a researcher at the Jewish Museum of Greece.

In 2007 I started working as a researcher at the Jewish Museum of Greece and in 2010 I was appointed head of the museum's digital project "Judaica Europeana", a programme funded by the EU and in the framework of the European Union’s digitization programme eContentplus. The aim of the project was to bring together and connect museums, libraries, archives and institutions that hold important and/or original material related to Jewish history, culture and life in Europe.

For me that was the starting point to get involved in the fascinating world of digital humanities. I graduated with a BA (Ptychion) in Archaeology from the University of Ioannina in 2004 and in 2010 I received my master's degree in Cultural Organizations Management (MSc.) from the Hellenic Open University of Patras, Department of Social Studies. Since 2010 I have been working on my Ph.D. thesis which looks at the history of Greek Jewry from the 4th c.B.C.E. until the 5th C.E., as it is shown mostly through inscriptions, in the Department of History and Archaeology at the Aristotle University of Thessaloniki.

From the beginning of my involvement in EHRI I was really excited to be part of this very important project that promotes Holocaust research in Europe and elsewhere as well as connecting researchers and specialists worldwide. I am currently involved in Working Group 6 dealing with exchanging and sharing knowledge and expertise on humanities research infrastructures, and in Working Group 9 which deals with identifying and integrating new Holocaust related material from Greece. Joining EHRI has given me the opportunity to come into contact with researchers, academics and specialists from many different kinds of professional backgrounds all related with the study of the Holocaust, creating an important communication and interaction network.