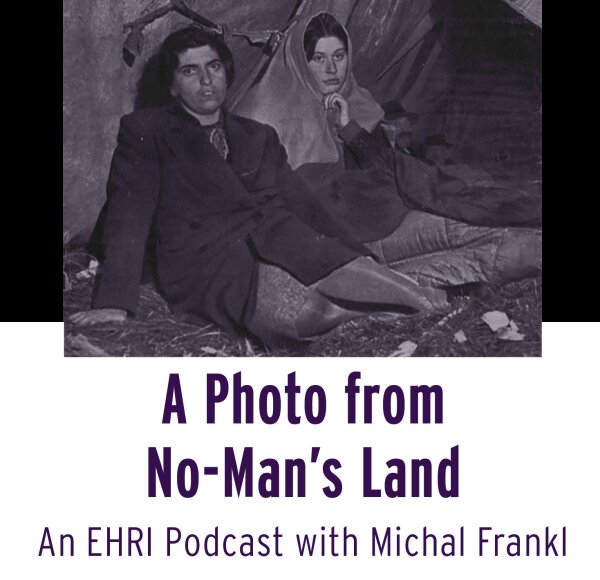 Release date: 24 November 2022 | More about the Podcast Series For the Living and the Dead. Traces of the Holocaust

In this episode, we talk about a photograph on the cover of a French magazine from 1938, showing two destitute looking women, stuck in so called No-Man’s Land. At the end of the 1930s, the emergence of “No Man’s Lands” symbolized the desperate situation of Jewish refugees who were expelled from countries throughout  East and Central Europe. Photos, testimonies and other source material that give a voice to survivors who stayed in these No Man’s Lands are scarce. However, Gerard Friedenfeld, who in 1938 found himself trapped in one of the No-Man’s Lands as a 14 year old boy, has given a harrowing account of his experiences and we can listen to his testimony.

Host Katharina Freise is joined by Michal Frankl, Senior Researcher at the Masaryk Institute and Archives of the Czech Academy of Sciences, who investigates No-Man’s Lands and the fate  of the refugees who ended up in these desolate places.

Featured guest: Michal Frankl, Senior Researcher at the Masaryk Institute and Archives of the Czech Academy of Sciences and the principle investigator of the project Unlikely refuge? Refugees and citizens in East-Central Europe in the 20th century, which is supported by the European Research Council. Podcast host is Katharina Freise

Michal will tell the story of  Gerard Friedenfeld and the women on the magazine cover, trying to bring alive the situation in the No Man’s Lands. Listen to the episode here or in your preferred podcast app (Buzzsprout, Spotify, Apple Podcasts, Google Podcasts):

Chased from their homes by the Gestapo, Jewish refugees from Czechoslovakia, now without asylum, camp at the border, in unspeakable distress. Fascist barbarism multiplies these heart-rending scenes everywhere. 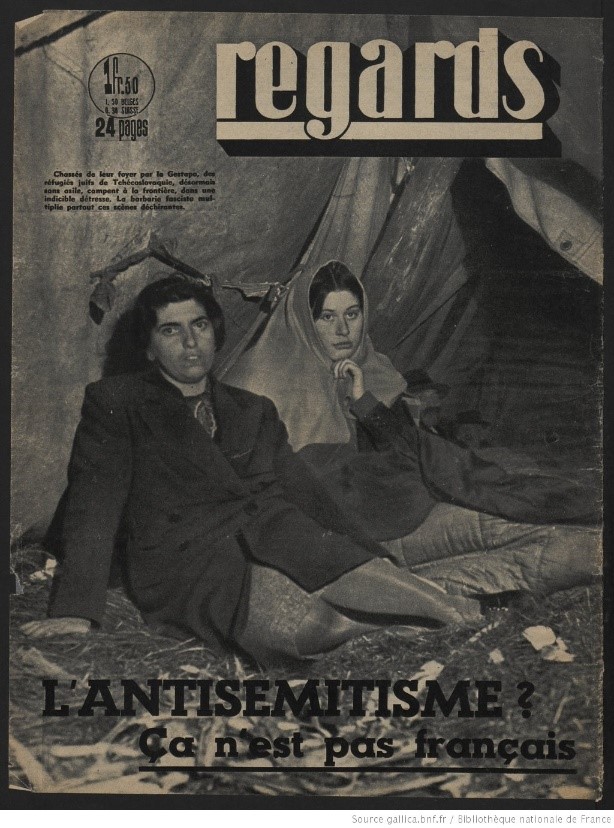 Text on the back cover of the French magazine Regards, 29 December 1938. The lines accompanied a photo, depicting two female Jewish refugees on the border of Czechoslovakia, at that moment stateless. Regards was (and is) a communist magazine, founded in 1932, well-known for its photojournalism.

No man's Land is waste or unowned land or an uninhabited or desolate area, that is under dispute between two countries or parties who leave it unoccupied out of fear or uncertainty. In World War 1, it became the common name to describe the area of land between two enemy trench systems, not controlled by either.

At the onset of the Second World War, borders and powers were shifting rapidly and many No Man’s Lands emerged throughout East and Central Europe. Jews were expelled from their homes to No Man’s Lands, finding themselves trapped, stateless and abandoned.

Unlikely Refuge? is a 5-year comparative research project funded by the European Research Council and hosted by the Masaryk Institute and Archives of the Czech Academy of Sciences.

This project aims to write refugees back into the history of East-Central Europe in the 20th century. In this “age of refugees”, the region became a destination of large refugee migrations, forcing civil societies and governments to negotiate difficult decisions about protection for those fleeing the war and persecution. At the same time, East-Central Europe does not enjoy the reputation as a welcoming place for people persecuted for political persuasion, for their “racial”, ethnic identity or any other reason. It would appear that the histories of ethnic conflict and violence, political oppression and economic underdevelopment make it a place to leave behind rather than to search for as a safe harbour. 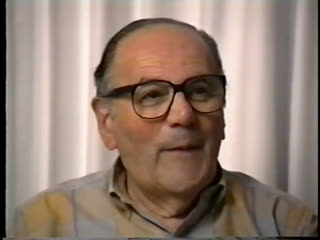 Gerard Friedenfeld was born in 1924 in Vienna, Austria, into a Jewish family. A little later, he moved with his father and mother, he was an only child, to their small home town in Sudetenland, then part of Czechoslovakia. Shortly  after the Nazis occupied Sudetenland in 1938, Gerard’s father and all the Jewish men in town were arrested. A few days later, they were transported by trucks and left behind into so called No Man’s Land, a small stretch of land between the Germans and the Czechs. A few days later, the women and children were told we had to leave their houses in 24 hours. Taking only a few belongings, they were dumped also into No Man’s Land, on a half-finished highway, just outside town, under the open sky. A nearby Jewish community managed to send them tarpaulins and food. After three weeks, the women and children were taken to a big, abandoned factory that was turned into a refugee camp by the same Jewish community. When the Nazi’s came to the factory, they tortured several men including Gerard, who broke his leg. In a strange twist of fate, this saved his life, as he was taken to a hospital and from there on his parents managed to get him on a Kindertransport to the UK.

Czechia in the Second World War

The Czech lands (Bohemia, Moravia and Czech Silesia) were part of the Habsburg monarchy until the First World War, and of the Czechoslovak Republic between 1918 and 1938. Following the Munich Agreement in September 1938, the territories along the German and Austrian frontier were annexed by Germany and partly reorganized as the Reichsgau Sudetenland. In March 1939 Germany occupied the rest of the Czech lands, creating the Protectorate of Bohemia and Moravia, with its own government and administration under close German supervision. The German-occupied protectorate functioned up to the end of the war in May 1945.

After the Munich Agreement, most of the approximately 25,000 Jews from Sudetenland escaped or were expelled into the interior of the country. In the Protectorate, the occupiers regarded some 118,000 inhabitants as Jews. After the occupation, the Germans, as well as the semi-autonomous authorities of the Protectorate, imposed laws and various ordinances to discriminate against Jews and confiscate their property. In autumn 1939, some 5,000 Jews were deported from Vienna and Ostrava to Nisko. Before further emigration was banned in 1941, 26,000 Jews emigrated legally and several more illegally from the Protectorate. In 1941-42 several thousand Jews were sent to the ghettos of Łódź, Riga and Minsk, where they shared the fate of the local Jewish population. In November 1941 the Theresienstadt (Terezín) ghetto was created; over 80,000 Jews from the Czech lands, but also more than 60,000 from Germany, Austria, and other countries were deported there between 1942 and 1945. At the end of the war there were 2,800 Jews in the Czech lands (most of them from “mixed” families), but the number of survivors was larger (about 14,000, together with the surviving deportees). Altogether, about 80,000 Czech Jews perished in the Holocaust.

Michal Frankl is a Senior Researcher at the Masaryk Institute and Archives of the Czech Academy of Sciences, and principle investigator, scientific coordinator and expert on Czechoslovak refugee policies of  the project Unlikely Refuge? Refugees and citizens in East-Central Europe in the 20th century, with a special interest in the Citizens of the No Man's Land. Jewish refugees and the erosion of citizenship in East-Central Europe, 1935-1939.

He currently works on a book about Jewish refugees in the no man’s land in East-Central Europe at the end of the 1930s (supported by the Czech Science Foundation). Within the Unlikely refuge? project, he also contributes as the country expert for former Czechoslovakia and the Czech Republic. He is particularly interested in investigating the continuities and ruptures in the negotiation of refugeedom in East-Central Europe over the 20th century and to make refugees at home in the histories of the region.

Michal Frankl has been actively involved in EHRI since the beginning in 2010 and has led several Work Packages.