Podcast Episode | A Typewriter in Transit 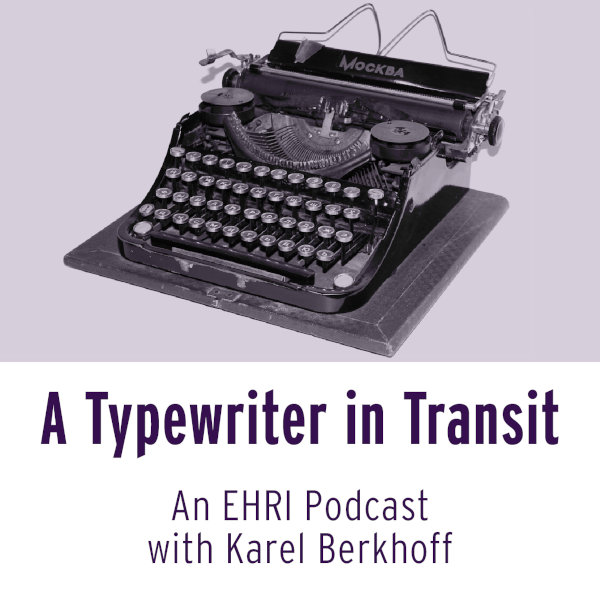 Release date: 29 September 2022 | More about the Podcast Series For the Living and the Dead. Traces of the Holocaust

On 19 September 1941, Kyiv, capital of Ukraine, was occupied by the Nazi’s. Before then, Ukraine had been a reluctant part of the Soviet Union. Shortly after Nazi-Germany took hold of the city, it was decided to annihilate the Jews of Kyiv. On 29 and 30 September 1941, the Nazis and their collaborators murdered approximately 33,771 Jewish civilians by shooting them at a nearby ravine, called Babyn Yar.

One of the main sources on the Babyn Yar massacre is the book Babi Yar. A Document in the Form of a Novel, by A. Anatoli (Anatoly Kuznetsov). Kuznetsov was born in Kyiv and fourteen years old at the time of Babyn Yar. Later he wrote an extensive eyewitness account, complemented with research, of wartime Kyiv (1941-1943) and what occurred at Babyn Yar. His typewriter is now part of the collection of the National Museum of the History of Ukraine in the Second World War.

Karel will talk about Babyn Yar and Kuznetsov. Listen to the episode on Buzzsprout, Spotify, Apple Podcasts or here:

Karel Berkhoff is a senior researcher at NIOD Institute for War, Holocaust and Genocide Studies and Co-Project Director of EHRI. He is historian of Eastern Europe (especially Ukraine and the Soviet Union) and the Holocaust. His research focus is the Holocaust in Kyiv, and especially the Babyn0 Yar massacre of September 1941). He is currently writing a book on “Babyn Yar in History and Memory”. It will tell the story of the murders in 1941-1943 at the ravine of Babyn Yar and the postwar obliteration of the killing and burial ground.

These are the first lines with which Anatoly Kuznetsov started his book Babi Yar. A Document in the Form of a Novel. Kuznetsov began writing about wartime life in a notebook when he was only a teenager. After the war, with Ukraine being part of the USSR again, he continued working on it, adding documents and eyewitness testimonies.

Babi Yar was first published in Russian in a heavily censored magazine version in the Soviet Union in 1966. Very unhappy with life in the Soviet Union, Kuznetsov defected to the UK in 1968 and managed to take a 35-mm photographic film with the uncensored manuscript of Babi Yar with him. The book was published in the US in 1970 under pseudonym A. Anatoli. In that edition, the censored Soviet version was put in regular type, the content cut by censors in heavier type and newly added material was in brackets. The book had great impact on the knowledge of the massacre of Babyn Yar.

Kuznetsov died in 1979 in London. His typewriter was donated to the National Museum of the History of Ukraine in the Second World War by his son.

It is not possible to understand the current war in Ukraine without knowing about the country’s past.

This podcast episode is part of season 1 of the EHRI Podcast series For the Living and the Dead. Traces of the Holocaust. More episodes are released every other week in the autumn of 2022, six in total. In 2023, a new season wil follow.