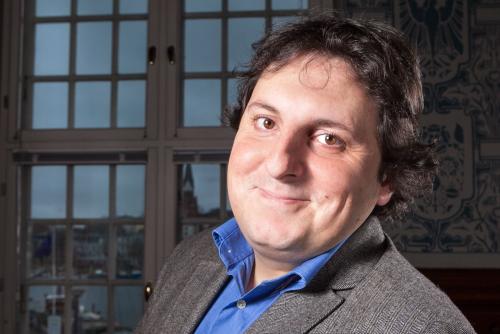 Raul Cârstocea holds a PhD in History from the School of Slavonic and East European Studies, University College London, with a thesis that examined the role of anti-Semitism in the ideology of the ‘Legion of the Archangel Michael’, Romania’s interwar fascist movement. Combining investigation of previously unexplored archival data with a methodology indebted mostly to psychoanalytic theory and its social psychology applications to the study of groups, the thesis explored the construction of the representation of the ‘Jew’ in the legionary movement’s ideology.

Prior to his PhD, he obtained an MA degree in Nationalism Studies from Central European University, Budapest, Hungary, and an MA degree in Politics and Administration from the University of Bologna, Italy. Prior to his current position at ECMI, he has worked as Teaching Fellow at University College London and held a Research Fellowship at the Vienna Wiesenthal Institute for Holocaust Studies.

During his EHRI Fellowship at the NIOD Institute for War, Holocaust and Genocide Studies and King’s College London, Raul will conduct research on the radicalisation of public space in interwar Romania, by exploring the proliferation of anti-Semitic representations, both narrative and visual, in the interwar Romanian press.