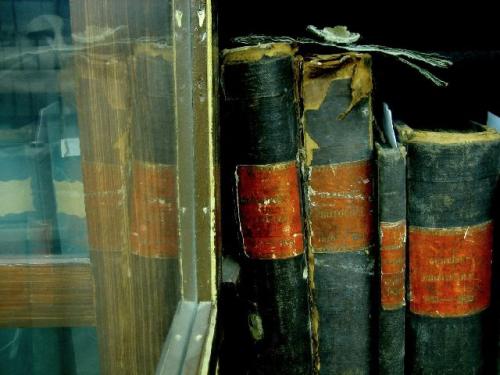 The Yerusha Project is a digital humanities initiative of the Rothschild Foundation Hanadiv Europe to create an online hub of information regarding European Jewish archival heritage.

Revolutions of the word

A few years ago Rabbi Jonathan Sacks, former Chief Rabbi of the United Hebrew Congregations of the Commonwealth, wrote an essay on the position of the National Library of Israel as the library of the Jewish People. He provided a panoramic view of what he called the revolutions of the word. He argued that consecutive waves of information technology changes always had far-reaching cultural and spiritual consequences. The first was the invention of writing: the birth of civilization. The second was the invention of the alphabet: the dawn of monotheism in general and Judaism in particular. The third was the invention of the codex: enter Christianity onto the world stage. The fourth wave of information revolution was printing that brought about Reformation. We are living in the age of the fifth revolution of the word: the digital paradigm shift.

Of these five revolutions, the digital one is the most condensed. While it has its roots in the mid-20th century, the actual explosion has happened recently and took not more than two decades. This short span of massive change gives us – those who are living through and reflecting to it – an unprecedented possibility and responsibility to understand its nature and general directions. Because the change itself is so fast and condensed, this is the first information revolution out the five that happens and spreads all around the world in the lifetime of a generation.

Understanding and harnessing the digital turn is therefore essential for anyone who studies, discusses and disseminates knowledge about the heritage of any nation, culture or religion.  Consequently it is vital for those who study and discuss Judaism and Jewish history. There are certain aspects of Jewish heritage that lend themselves particularly well to digital approaches and methods, but let me mention here just one: its scattered nature. Jewish archival and tangible heritage is unprecedentedly scattered all around the word. Millions of pages of Jewish and Jewish-related documents written in dozens of languages lie in hundreds of locations.

For the first time in history, the online environment enables us to unify this vast cultural heritage. A series of projects are built on this conviction. The Friedberg Genizah Project, YIVO’s Vilna Collections Project, and the National Library of Israel’s Ktiv Project are prime examples of outstanding endeavors whose goal is to gather and present on one platform the pieces of a scattered culture.

The Yerusha project is part of these efforts and it aims at creating a central online of hub of information regarding European Jewish archival heritage.

At this stage, we do not plan to digitise and publish documents. Much like EHRI, we collect information regarding the archival collections. This is in the form of archival descriptions, which are texts describing the content of the material. Our researchers author these with a methodology based on the most acknowledged, international professional archival standards. We will not deliver the image of the actual document to the users’ screen, but we will provide a plethora of detailed and precise information on the whereabouts and content of the records of his or her research interest.

We are well aware that a lot of work has been already done on mapping Jewish archival materials. We do not want to reinvent the wheel – we plan to incorporate these results, laid out in printed and digital finding aids and descriptions, into the database.

Yerusha will be open to anyone with internet access and an interest in Jewish history. In practice, we expect that mainly academic researchers will use the portal. Our key aim is to create a research tool for the scholarly community, while remaining flexible and open to the needs of others. A typical Yerusha user would log into the database to look for information on a research topic the documents of which are scattered in many archives.

In the past years Yerusha has implemented 32 archival survey projects in over 350 archives of 24 countries with the participation of over a 100 researchers. The covered countries and regions stretch from Georgia and Western Siberia on the east to Valladolid, Spain in the west. The northernmost archives covered by Yerusha are Flensburg, northern Germany while the southernmost are in Salonika, Greece. We are working in all types of holding institutions, from large state archives like the Belgian National Archives or the Hungarian National Archives to closed Jewish community archives, for example in Cluj, Transylvania.

The Yerusha database and portal will be launched in the second half of 2019 in cooperation with the National Library of Israel.

EHRI and Yerusha are organically complementary. EHRI focuses on the Holocaust, which is one of the defining moments in European Jewish history. I see EHRI as a vertical project: it concentrates on a narrower time period, but it goes really deep, it is very thorough and comprehensive. EHRI gives you an in-depth review of Holocaust-related archival materials, many of its descriptions going deeper than the collection level.  Yerusha, however, is more of a horizontal project: we map archival heritage with a broader temporal scope (over 200 years), but with a more cursory approach: our descriptions are mostly staying on the collection level. These are not contradictory, but rather complementary approaches: this is why EHRI and Yerusha plan to enter into a mutually beneficial cooperation that will enrich both projects.