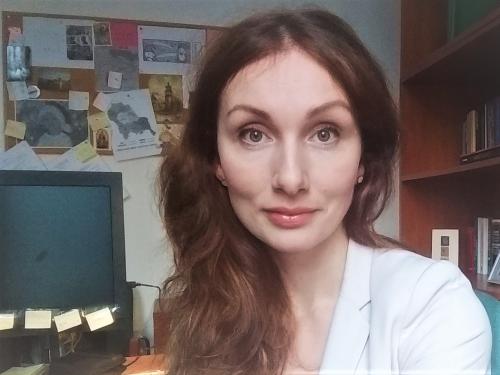 Magdalena Semczyszyn is a postdoctoral researcher in the Institute of National Remembrance, Branch in Szczecin, Poland. She is working on a project entitled “Illegal Jewish immigration from Poland to Palestine after the Second World War (1945–1948)”.

Semczyszyn is particularly interested in the history of national minorities including Polish-Jewish relations in 19th and 20th centuries as well as Jewish heritage in Poland. Her articles have appeared in edited books and in academic journals. She was a Co-worker in Museum of the History of Polish Jews POLIN in Warsaw as an author of notes about the pre-war Jewish community on the website Virtual Shtetl. She also participated as a subcontractor in the scientific project subsidized by the National Scientific Centre in Poland and she was a resident scholar in the Center for Urban History of East Central Europe in Lviv.

Since 2014 Magdalena has been conducting research focusing on the situation of Jewish survivors in Poland after the Holocaust. The main issue she deals with concerns the illegal emigration of Jews from Poland to the West and to Palestine under the British Mandate. Her approach to the topic is interdisciplinary, which allows to analyze the complex social relations during the first period after the war. She strives to answer the question what was illegal Jewish immigration in the Polish contex. She describes external and internal factors which determined its course. So far she has conducted an archive research in Israeli, Polish, Ukrainian, Lithuanian and Russian archives.

During her Fellowship at the Wiener Library, Magdalena will expand upon this project to British and American books, personal narratives from survivors, memoirs and unpublished materials due to illegal immigration.