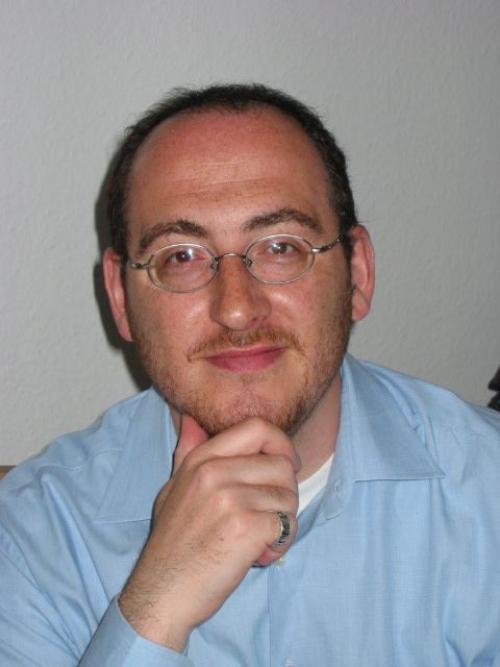 Mark Zaurov was born deaf in Moscow, the former Soviet Union. Together with his parents and his deaf sister, he immigrated to Israel and later moved to Germany. Growing up in Russia, Israel, and Germany, he acquired several languages, cultures and mentalities and developed his language and mediation skills. After he majored in Sign languages, the minors being Education and History, he coordinated the 6th Deaf History International (DHI) Conference at the Humboldt University and edited its proceedings (Overcoming the Past, Determining its Consequences and Finding Solutions for the Present, Seedorf: Signum Press 2009).

Zaurov’s fields are Deaf History and Deaf studies with a focus on Deaf Jews in Art, Politics and the Sciences, and another on the Deaf Holocaust. Among his publications is a book on Deaf Jews as a double cultural minority ("Gehörlose Juden - eine doppelte kulturelle Minderheit", Frankfurt: Peter Lang 2003). He won several fellowships with, for example, the Charles H. Revson Foundation, the Center for Advanced Holocaust Studies (United States Holocaust Memorial Museum). Currently, he is an independent scholar and a doctoral candidate at the University of Hamburg. In his PhD-thesis he describes Deaf Jews as a transnational hybrid imagined community. He depicts their world and its infrastructure subsequently destroyed by the Nazis. His most recent article highlights the differences between Deaf Jews and their Deaf peers in the respective countries, against the common assumption that deaf people homogenously share the same cultural traits; "Deaf Jewish Space and Deaf-Same: The International Conferences of Deaf Jews in the Twentieth Century“is published in Michele Friedner and Annelies Kusters (2015) „It’s a Small World“ by Gallaudet University Press. His forthcoming publication for Summer 2016 minutely describes communication between Deaf Jews and their inmates, as well as Nazis in the camps; "‘Deaf Holocaust’: Deaf Jews and Their ‘True’ Communication in Nazi Concentration Camps" is in Michaela Wolf’s Interpreting in Nazi Concentration Camps, New York: Bloomsbury.

Zaurov also is a nationally certified interpreter trained at the University of Hamburg and has been working in settings such as international conferences and translation projects. His working languages are German Sign Language, International Signs, American Sign Language and German.

In 2001 he founded an association for German Deaf Jewish persons and their descendants (IGJAD), the only association following in the footsteps of the Jewish Deaf Association founded in 1896 and destroyed 1937 by the Nazis. Under his presidency and in collaboration with the Berlin Senate for Cultural Affairs, he initiated a free-standing digital memorial board commemorating the predecessor association in German Sign Language and International Signs in the heart of Berlin (Opening: http://youtu.be/lxIjQdQJby0; 2. http://youtu.be/PJ1XZlrMGxY). He recently produced a DVD about the Deaf Holokaust, German Deaf Jews and Deaf Nazis in German Sign language intended for use in schools, universities and interpreters, sponsored by the Berlin Senate Administration for Education, Youth and Science, the Federal Agency for Civic Education, and the Jewish Claims Conference.

During his research in Yad Vashem he will focus on the testimonies of Deaf survivors (see also: http://www.ehri-project.eu/against-audism) and the practice of inclusion and diversity at the archive and database.