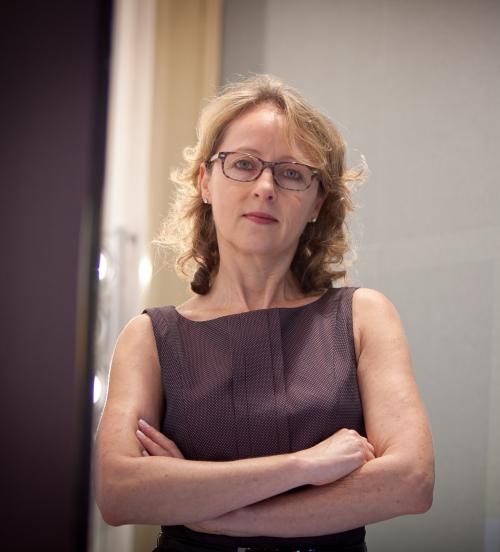 Roslyn Sugarman joined the Sydney Jewish Museum in late 2005 to guest curate the exhibition for the 60th anniversary of Liberation from the Concentration Camps. Thereafter she was employed to fill the prestigious John Saunders Curatorial Chair, and in that capacity has been responsible for multiple temporary exhibitions, upgrades in the permanent displays, and management of the Collection. Exhibitions include ‘Serniki: Unearthing the Holocaust’; ‘It’s not all black and white: The South African Jewish Story’; ‘Amidah: Jewish Resistance during the Holocaust’; ‘Dressing Sydney: The Jewish Fashion Story’ and ‘Signs of Life: Letters of the Holocaust’.

She was awarded a Museums & Galleries of NSW Fellowship with a two-week placement at Yad Vashem, Jerusalem, in 2014, to study delivery of information for the Sydney Jewish Museum’s renovation. In November 2016 the Sydney Jewish Museum opens its new permanent Holocaust exhibition, marking the first major redevelopment of the Holocaust displays since its opening in 1992. Head Curator Roslyn Sugarman together with historians, curators and researchers, was a core member of the curatorial and design team.