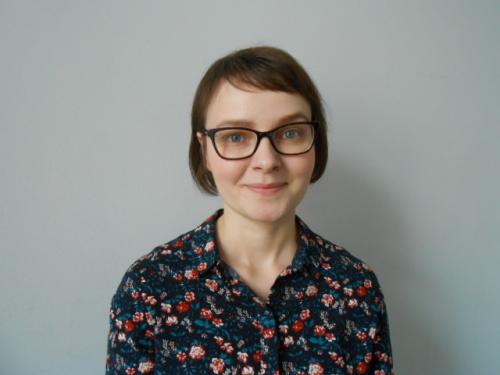 Katarzyna Kocik -  is a PhD candidate at the Institute of Jewish Studies,  Jagiellonian University. She is an employee at the Historical Museum of the City of Kraków, co-author of the temporary display Zegota- the Hidden Aid, a member of the research group preparing an exhibition at the memorial site of the former ZAL/KL Plaszow camp.

Her research on the extermination of the Jews focuses mostly on Polish-Jewish relations during the war and in the afterwar period. As the subject of the research she has chosen the conspiratorial organisations of Polish nationalists and the operation of the so-called Central Welfare Council. Her doctoral dissertation deals with the Central Welfare Council, the only legally functioning charitable organisation in the General Government that was entirely Polish, and its attitude towards the persecuted Jewish community.

Recently, she has been working on the history of the Polish Socialist Party in the district of Krakow and the local branch of the Council to Aid Jews -  a Polish underground organisation established for the purpose of helping persecuted Jewish people.

During her research period as an EHRI Fellow at Yad Vashem, she intends to analyze the archival material relating to the attitude of the Polish Socialist Party (PPS) of the Krakow district towards the extermination of the Jewish population. The aim of the project is to examine how the Polish socialist’s activists reacted to the problem of the persecution and extermination of the Jews in occupied Poland. An important part of the  project will be presenting the scale of the involvement of the PPS in Krakow in helping the persecuted Jews during the war.