Yad Vashem, Wiener Library for the study of Holocaust & Genocide 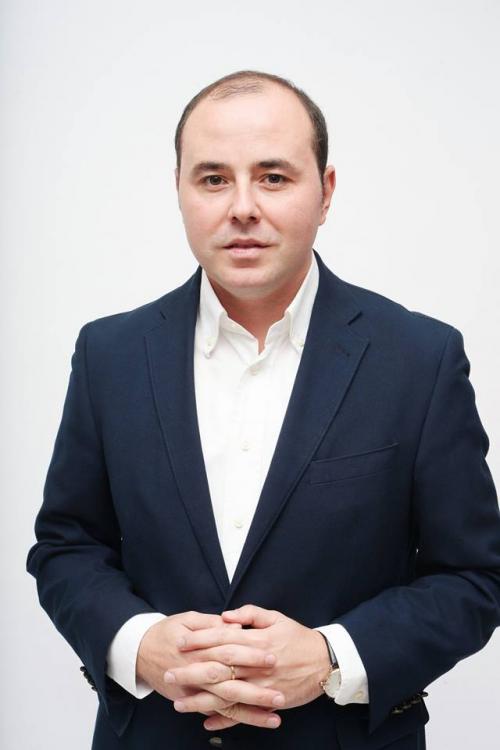 Alexandru Muraru, PhD in Political Science (2012), is Researcher and Lecturer in Political Science at “Alexandru Ioan Cuza” University of Iasi, Romania. He had many fellowships/scholarships in Nationalism/Holocaust/Jewish Studies: Erasmus - Utrecht University (2004), Tziporah Wiesel Fellow 2010-2011 USHMM, Geoffrey Nice Foundation (The Netherlands) for the Master Class on Law, History,  Politics and Society in the Context of Mass Atrocities, Inter-University Centre in Advanced Studies, Dubrovnik, Croatia (June-July 2014), Holocaust Educational Foundation Fellow – Royal Holloway (London, UK) (2016) & Northwestern University (IL, USA) (2013) etc.. He has presented his research at various conferences, summer schools and international seminars throughout Europe and North America. As a result of his researches, he published almost twenty articles, tens of reviews and six academic books. Between 2009 and 2011, Mr. Muraru has collaborated with the Institute for the Investigation of Communist Crimes and the Memory of the Romanian Exile and with the Romanian Center for Communist and Post Communist Studies. From 2005 to 2009, Mr. Muraru was a counselor within the Chancellery of the Romanian Prime Minister and in 2007 served as the personal counselor of the Romanian Minister of Justice. From April 2013 to March 2014 he was the General Director of the Romanian National Institute for Heritage. Starting with 2014 to present he was voted by the Romanian Parliament as member of the managing Board of the Romanian National Broadcasting Radio Company.

During his EHRI Fellowship at Yad Vashem – The Holocaust Martyrs' and Heroes' Remembrance Authority (YV) (Jerusalem, Israel) & The Wiener Library for the Study of the Holocaust & Genocide (London, United Kingdom), he will conduct research on the issue of preliminaries of the genocide from Bessarabia and North Bukovina originated in the events of June-August 1940. Thus, the retreat of the Romanian army and administration from North Bukovina and Bessarabia in the summer of 1940 will bring about the killing of several hundred Jews. It was the first massacre of such scope occurred before the pogroms, even before Romania was a combatant country in World War II. The project intends to analyse the extent of the atrocity and of the dimensional side of the genocide that was going to take place in the territories that Romania would subsequently get back from the USSR. In the Yad Vashem Archves, beyond the documentary material in this archive collected from Military and Civil Archives from Romania, he will consult specific archival public/private collections of documents or testimonies, correspondence with Romanian government institutions and Jewish institutions, collections of laws, memories, memoranda, notes, newspaper cuttings and reports concerning Jewish life in Romania. At the same time, the Wiener Library for the Study of the Holocaust & Genocide, London, United Kingdom, will offer him the possibility to discover many unknown documents and testimonies connected to developments from the summer of 1940. Thus, the digital copy of the ITS Archive at The Wiener Library, the United Nations War Crimes Commission Archive at The Wiener Library, special collections, document collections, serial & press Cutings and other sources (e.g. photos) could be useful for revealing new findings on  scientific proposal regarding the prelude of the Romanian Holocaust.