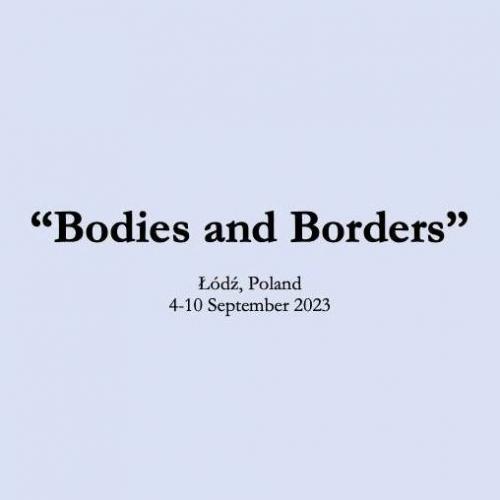 The goal is to promote a collective, cooperative, and supportive atmosphere to share and discuss ideas, knowledge, and methodologies in innovative, comparative, and transdisciplinary ways based on a variety of sources. To guarantee low hierarchies during the workshop, the program exclusively invites applicants who do not hold a PhD when they apply (i.e. Ph.D. candidates, MA students, and Holocaust educators). To maintain the workshop’s continuity and sustainability, every candidate is allowed to attend three times: as speaker, participant, and organizer.

On the eve of World War II, Łódź’s Jewish community, numbering around 235,000 members, was the second largest in Europe. In December 1939, local German leaders decided to concentrate the Jews in a specific area of the city. The gates of the newly created Łódź ghetto were sealed in April 1940, locking up nearly 165,000 residents on a surface of 4,13 square kilometers. The history of such an exclusion site interrogates the notion of “borders”: the connections between the ghetto’s inhabitants and the outside world, the relationships between the Jewish Judenrat and the German civil and military administration, the deportations to the Chełmno annihilation site, and the presence of Burgenland Roma deportees in the ghetto made this place a dynamic social space where borders were constantly created, transformed, upheld, and trespassed. Yet “bodies” mattered too. Jewish bodies were at the heart of the persecution and destruction process carried out by the Germans. Differences between bodies shaped the victims’ plight: male versus female, young versus old, healthy versus sick.

During the workshop, we will analyze the place of the body – in its physical and represented form – in a genocidal context and how borders shaped the lives and actions of victims and perpetrators. We will discuss how Jews and Roma responded to various forms of persecution such as ghettoization, deportation, forced labor, mass 2 killings, and concentration within the camp system, including thoughtful consideration of supplementary German annihilation practices, namely acute starvation and rampant disease.

The workshop aims to contribute to a deeper understanding of the “ghetto” as a complex, geographical, and permeable space of persecution and scrutinize its place in the network of concentration camps and killing sites. Keynotes and guided tours to the former Łódź ghetto, Chełmno, Warsaw, and Piotrków Trybunalski will explore the topics of the workshop and connect them with the local context.

For more info and applications