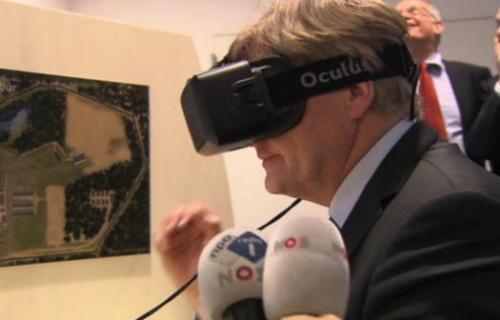 International Workshop within the Framework of the European Holocaust Research Infrastructure

Young people often combine a great interest in the Holocaust with a low level of knowledge. That, at least, was the outcome of a recent digital survey that was conducted by EHRI with respondents from a variety of ages, education levels and nationalities. For these same young people, the Internet is the first place they turn to when searching for information. As a result, digital media are crucial when developing tools to address new generations and the way they relate to the Holocaust.

The recent Yolocaust-internet-art-project – that combined selfies from the Holocaust Memorial in Berlin with footage from Nazi extermination camps – might have been controversial but also shows par excellence the potential of digital media in this field. The project – already removed from the Internet – exposed the way young tourists behaved at the monument and contributed to (self-reflective) critical discussion.

At the conference ‘Engaging New Generations; The Holocaust and Knowledge Dissemination in the Digital Age’ we will question how recent digital developments, in particular those driven by creative and digital industries, can support Holocaust-related cultural and research institutions to extend their societal outreach. We focus on young people as a target group of consumers and – where possible – as producers of (digital) knowledge. We intend to bring together researchers and representatives of small and medium sized enterprises that contribute to Holocaust-related knowledge dissemination. In addition, we also aim to evaluate experiences with and discussions about (un)conventional non-digital media and explore recent comparable developments in the field of Genocide Studies.

The workshop will comprise four sessions that aim to address the following topics:

Each accepted proposal will be allotted up to 20 minutes for presentation followed by discussion. The workshop will be conducted in English. All workshop sessions will be led by a moderator.

If you are interested in giving a presentation, please send a short proposal of no more than 500 words and a CV (including all relevant contact information) to:

Funding for travel and accommodation will be available for participants in accordance with European Commission guidelines and the EHRI project budget.