Peope in EHRI: Luc Levy, Head of International Relations at the Shoah Memorial in Paris 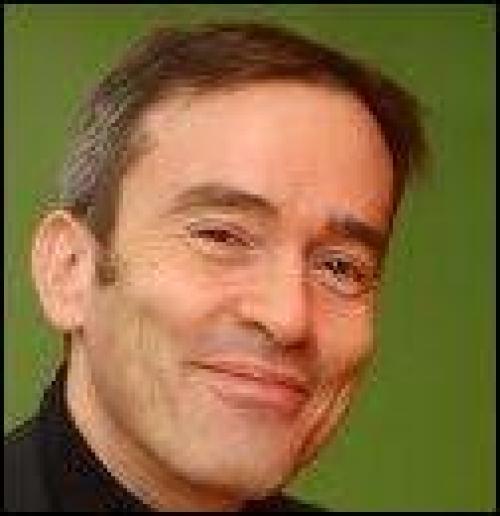 I graduated with a Doctorate and Postgraduate Diploma from the IEP of Paris (Institute of Political Studies) and am fluent in Russian and Serbo-Croatian. My Doctoral thesis was on the image of Nazism in the Soviet media during the Stalinist period.

My expertise in Central Europe, the Balkans and Russian affairs has led me, within the Ministry, to organise regular encounters, seminars and publications on issues of remembrance and reconciliation.

Since October 2011, as a Diplomat in Residence, I have been working for Le Mémorial de la Shoah. I am very excited to have this opportunity and also, in the framework of my new responsibilities, to be involved with my new colleague, Sylvia Richter, in EHRI activities. The international character of EHRI is something I particularly appreciate, and I enjoyed the conference and the meetings we had recently with our colleagues in Amsterdam and Israel.

Why do I consider this task so important? From my experience in Eastern Europe and in Former Yugoslavia, I understand how the questions of memory, remembrance and knowledge of the past have political and societal implications. Despite the reunification of Europe as a union of 27 member states, the continent is marked by an asymmetry in the collective memory that recovers the former fault-line between the West and the East, despite the significant changes of the last decade.

Also, at a time of new technologies where the flow of information, verified or not, in all its forms (text, sound and images) is characterized by a perfect ubiquity, awareness and the ability to prioritize facts is an absolute necessity. I am convinced of the importance of making Holocaust knowledge and research development a high level European priority for the coming years. The remembrance and knowledge of mass atrocities is fundamental for shaping the values of 21st century Europe. And personally, I understand the very core of that mission, having been in the former Yugoslavia for a few years when the worst mass crimes on our continent since the end of World War II occurred.

I believe that EHRI’s ambition to strengthen and enlarge the research efforts and partnerships of all the institutions dedicated to this topic is of major importance. All the efforts we can make to support a new generation of researchers and academics, a renewal of reading and analyses toward this painful past, should be promoted. Even 67 years after the end of World War II, the way of learning this past and approaching history remains quite complex and characterized by missing points which have to be progressively fulfilled.