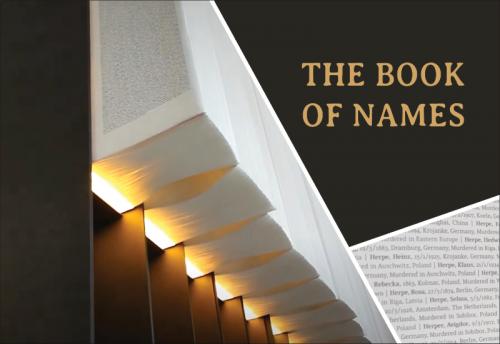 In 2005, the United Nations established an international day of commemoration in memory of the victims of the Holocaust. The UN designated 27 January (the liberation of Auschwitz) as International Holocaust Remembrance Day.

The European Holocaust Research Infrastructure has 27 partner institutions that commemorate this day with specific events and activities, appropriate for the country they are located in.

To mark International Holocaust Remembrance Day 2023, we’ve gathered some of these events to give an impression of how to commemorate this day.

Yad Vashem. The World Holocaust Remembrance Center in  Israel has several resources that will help to commemorate. On 24 January, a new exhibition was opened in the Bundestag in Berlin, "Sixteen Objects from Yad Vashem," the first of its kind in which all the items included are connected to one specific country. You can find more resources on this webpage. A very special event is the “Book of Names” opening at the United Nations Headquarters in New York on 26 January 2023. The new "Book of Names of Holocaust Victims" is a monumental installation (2 meters high, 8 meters long and a meter deep) – a literal book with tangible, searchable pages containing the alphabetically arranged names of 4,800,000 Jewish men, women and children murdered by the Nazi Germans and their collaborators during the Holocaust. The names in the Book have been meticulously gathered over the past 70 years by Yad Vashem from a range of sources, including Pages of Testimony. Empty pages at the end of the Book leave room for over a million names of Holocaust victims still to be recovered. The opening event will be broadcast live via Yad Vashem's website and Facebook Page (via UNTV). Read more

The Arolsen Archives are announcing a new #everynamecounts challenge to take place on and around International Holocaust Remembrance Day. The goal of the online challenge is to type out information about former prisoners of the Stutthof concentration camp from 30,000 prisoner cards. Volunteers all over the world can participate in the #everynamecounts challenge between January 23 and 29 as a form of active remembrance of the victims of Nazi persecution. By working on the challenge, they will be helping to build the world’s largest digital memorial to the victims and survivors of Nazism. Taking part is very easy: participants transcribe the names of concentration camp prisoners from the original documents. It only takes a few minutes to type out the information from one card. A brand new, intuitive data entry tool complete with explanatory texts that are easy to understand has now been developed for volunteers to use . Join the #everynamecounts challenge

The Wiener Wiesenthal Institut für Holocaust-Studien in Austria organises a talk on Thursday 26 January at the insitute in Vienna: Racheli Kreisberg: Simon Wiesenthal's Legacy. Over the course of the last 25 years, Racheli Kreisberg’s genealogy research led to the development of the Simon Wiesenthal Genealogy Geolocation Initiative (SWIGGI). SWIGGI is an innovative platform which assists people to identify the (exact location of) 19th and 20th century houses of their family members. SWIGGI focuses on the Galician towns Skala Podolska and Nadworna, nowadays in the Ukraine, (Ghetto) Lodz and its 250,000 Jewish inhabitants, Vienna, and the life before the war as well as the fate of its 65,000 transported Jews, the Netherlands and the deportation of its 104,000 Jews. Holocaust victims are commemorated via the Simon Wiesenthal Holocaust Memorial. In this talk Racheli Kreisberg will present SWIGGI, the Simon Wiesenthal Holocaust Memorial as well as the deportation maps of the Viennese and Dutch Jews. Examples of prominent Jews, of elderly people, of children and of entire families will be demonstrated. Read more and register

Das Bundesarchiv in Germany and the Freundschaftskreis Koblenz-Petah Tikva invite you to a joint event to commemorate the liberation of Auschwitz. The event will take place on Thursday 2 February at 6:00PM CET in the film at the Bundesarchiv Koblenz. Manfred Schmitz-Berg, former judge at the Düsseldorf Higher Regional Court, will present his book ""Wieder gut gemacht? Die Geschichte der Wiedergutmachung seit 1945".The event is in German. Read more and register

Karel Berkhoff, Senior Researcher at NIOD Institute for War, Holocaust and Genocide Studies in Amsterdam, and Co-Director of EHRI will speak at a debate organised by the House of European History in Brussels: Remembering the Shoah, the Massacres on the Eastern Front. The event reflects upon and addresses the topic of Eastern European sites where mass shootings of Jews took place during the Second World War, often referred to as “Holocaust by bullets". These mass shootings, which escalated in 1941, were often carried out by Nazi killing units such as the Einsatzkommandos, but in many places they also relied upon the manpower of local auxiliary units working with the SS and police, made up of local civilian, military, and police officials. During this panel discussion, historians and scholars will outline the mass killings and pogroms of Jews in Eastern European countries, and  bring into focus the tragic events that took place at Kamenets-Podolsk, Babyn Yar, Odessa and Iasi. This hybrid event takes place on Thursday January 26th; 18.30-20.30 CET. More info and registration

Mémorial de la Shoah in France organises on 26 January a preview event “Des photos assassins” on the occasion of the publication of Un album d’Auschwitz. Comment les Nazis on photographié leur crimes, by Tal Bruttmann, Stefan Hördler and Christoph Kreutzmüller. The meeting will be broadcast live on the Shoah Memorial website, Facebook and YouTube pages. Read more and register

The Holocaust Documentation Center (Dokumentačné stredisko holokaustu) in Bratislava, Slovakia organizes a discussion with historians Čo sa stalo s arizátormi? (What happened to Aryanizers?) in Bratislava, Slovakia. Guests are Dr. Ľudovít Hallon and Dr. Ján Hlavinka. Moderator: Soňa Gyarfášová. The event will take place in the Nová Cvernovka cultural center in Bratislava on 25 January 2023 at 6:00 PM CET. The event will be recorded and screened later by Holocaust Documentation Center on its Facebook page. See more

On 27 January 2023, the Fondazione Centro di Documentazione Ebraica Contemporanea CDEC in Milan, Italy, will publish the inventory of the collection donated by Liliana Segre, Holocaust survivor and witness. This collections contains papers documenting her activities as a witness in Italian schools from the 1990’s until today. A new video interview with Liliana Segre, conducted by Ruggero Gabbai, where she recounts her choice to become a witness will also be made available. Read more

The Jewish Museum of Greece participates in the global #WeRemember campaign for International Holocaust Remembrance Day – a small action that will have a big impact. Together, we will honour the past and protect the future. 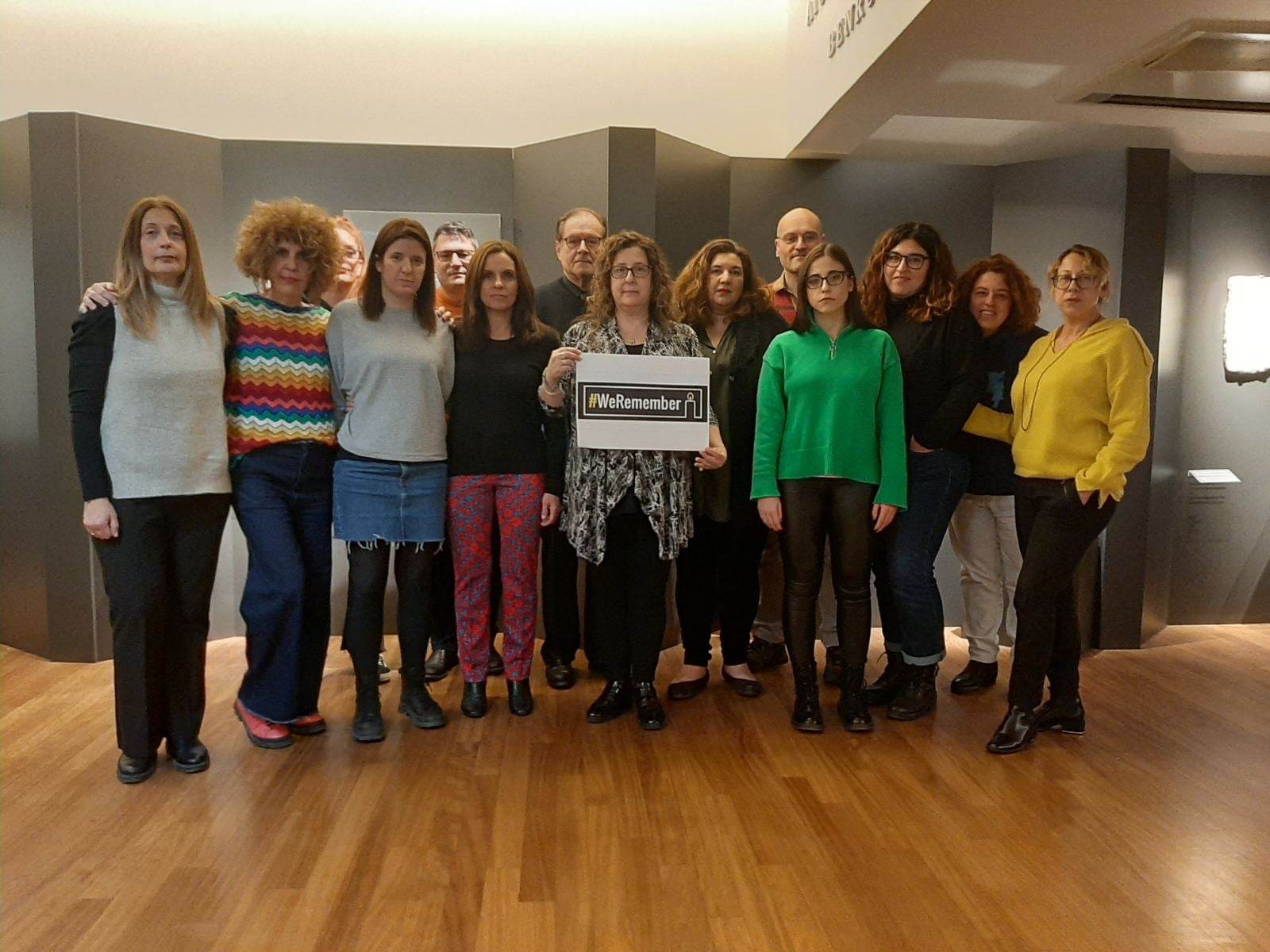