IHRA Guidelines | The Link Between Holocaust Historians and Access to Archives 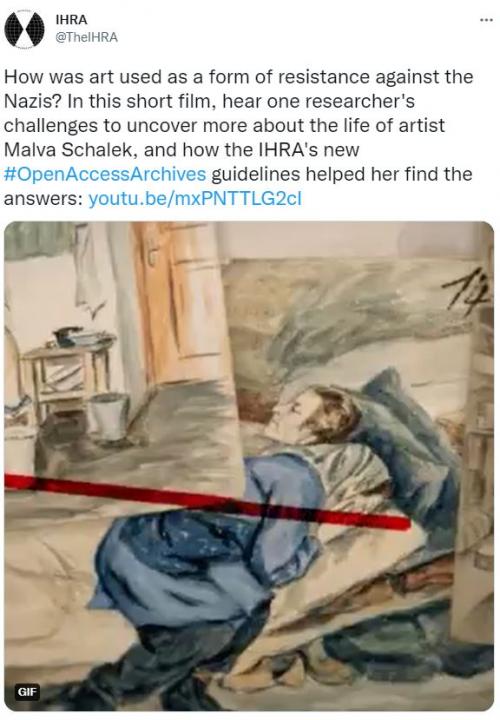 The Holocaust (Shoah) was an unprecedented genocide, perpetrated by Nazi Germany and its collaborators, with the aim of annihilating the Jewish people. The primary motivation was the Nazis’ antisemitic racist ideology. Between 1933 and 1941, Nazi Germany pursued a policy that dispossessed the Jews of their rights and their property, followed by the branding and concentration of the Jewish population. This policy gained broad support in Germany and much of occupied Europe. In 1941, following the invasion of the Soviet Union, the Nazis and their collaborators launched the systematic mass murder of the Jews. By 1945 nearly six million Jews had been murdered.

Recently the International Holocaust Remembrance Alliance published Guidelines for Identifying Relevant Documentation for Holocaust Research, Education and Remembrance. An online event, hosted on Wednesday, 23 March, introduced these new guidelines for the first time to the general public. A number of EHRI-affiliated experts presented and participated in these proceedings.

The purpose of the guidelines is to offer a unified tool for identifying relevant documentation for Holocaust research, remembrance and education which will assist archives and other entities in assessing their collections and allowing access to relevant documentation. For European countries that are subordinate to the GDPR, this definition will also assist in the implementation of Recital 158, by offering a practical working definition to the term “specific information related to the political behavior under former totalitarian state regimes, genocide, crimes against humanity, in particular the Holocaust.” This will help to facilitate access to Holocaust related materials that are considered exempt from certain restrictions imposed by the GDPR.

Since its establishment in 1998, IHRA's work has overall rested on four interrelated pillars: commemoration, documentation, research and education. Commemoration provides a place to mourn and to remember the names of those who were murdered, restoring their identities and communities. However, commemoration cannot replace education. In turn, education is based on accurate academic research grounded in archival sources. Open access to primary documents is the bedrock for the craft of the historian who uncovers the past.

IHRA and EHRI are deeply committed to safeguarding the historical record. As underlined in the Stockholm Declaration (2000), "Together we must uphold the terrible truth of the Holocaust." In an age of rampant Holocaust distortion, protecting the facts is paramount.

In this spirit, it is incumbent upon us to ensure that historical records are preserved and openly accessible. It is also incumbent upon us to empower scholars and multipliers, by providing them with accredited professional development and academic training. Protecting the facts is crucial for supporting the pillar of research, on which education and commemoration rests.

Developing unfettered Holocaust research is an investment, and strengthening the infrastructure required to undertake this complex task is essential and has never been more relevant. More students should be offered a structured program of specialization, mentorship and language training.

It is hoped that these newly released guidelines on archival access will encourage more and more policy makers to:

Ultimately, unrestricted archival access is fundamental to ensuring that what we learn, teach and commemorate, will accurately reflect the historical record.