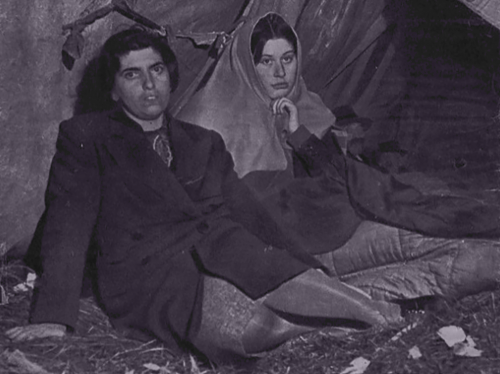 Release date: 24 November 2022 | More about the Podcast Series For the Living and the Dead. Traces of the Holocaust

In this episode, we talk about a photograph on the cover of a French magazine from 1938, showing two destitute looking women, stuck in so called No-Man’s Land. At the end of the 1930s, the emergence of “No Man’s Lands” symbolized the desperate situation of Jewish refugees who were expelled from countries throughout  East and Central Europe. Photos, testimonies and other source material that give a voice to survivors who stayed in these No Man’s Lands are scarce. However, Gerard Friedenfeld, who in 1938 found himself trapped in one of the No-Man’s Lands as a 14 year old boy, has given a harrowing account of his experiences and we can listen to his testimony.

Host Katharina Freise is joined by Michal Frankl, Senior Researcher at the Masaryk Institute and Archives of the Czech Academy of Sciences, who investigates No-Man’s Lands and the fate  of the refugees who ended up in these desolate places.

Featured guest: Michal Frankl, Senior Researcher at the Masaryk Institute and Archives of the Czech Academy of Sciences and the principle investigator of the project Unlikely refuge? Refugees and citizens in East-Central Europe in the 20th century, which is supported by the European Research Council. Podcast host is Katharina Freise

Michal will tell the story of  Gerard Friedenfeld and the women on the magazine cover, trying to bring alive the situation in the No Man’s Lands. Listen to the episode here or in your preferred podcast app (Buzzsprout, Spotify, Apple Podcasts, Google Podcasts):

Read more on this episode