Statement by EHRI about Academic Freedom 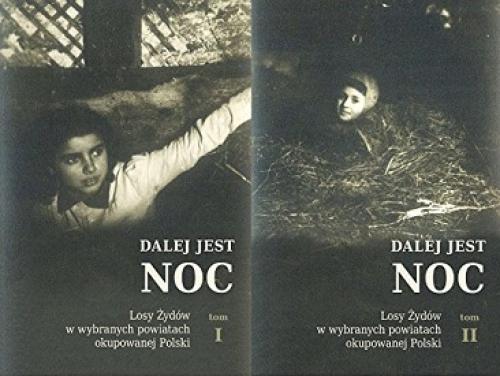 The European Holocaust Research Infrastructure (EHRI), a consortium of 25 partners in Europe and beyond, contributes to the study and memory of the Holocaust by enhancing free access to what lies at their basis: the historical sources.

We express our grave concern over the recent attempts in Poland and elsewhere to limit the freedom of research, as well as our solidarity with Holocaust scholars Barbara Engelking (Poland) and Jan Grabowski (Canada).

Only last year, the member states of the International Holocaust Remembrance Alliance (IHRA) pledged to "encourage all countries and societies to address their respective pasts by dealing openly and accurately with the historical record". Yet this week, in Poland a libel lawsuit against Barbara Engelking and Jan Grabowski came to a provisional conclusion, ordering both scholars to apologise for a part of their analysis of difficult aspects of Holocaust history.

Lawsuits and the court room, which are meant to either establish or reject transgression of laws, are ill-equipped to provide understanding of the complexity of human behaviour under occupation and in the face of genocide. Scholars critically read, contextualise and analyse sources about histories which cannot be easily subsumed under binary categories such as guilt/innocence and heroism/treason. To really understand such situations, historians and other researchers require the freedom of scientific enquiry and the latitude to expose, and discuss, the multi-facetted nature and ambiguity of human behaviour.

The danger is aggravated when, as in the recent court case, organizations that receive substantial public funding facilitate or initiate claims that scholars engage in libel. These campaigns can easily cause the larger scholarly community of Holocaust scholars to hesitate in sharing what the sources tell them, and in opening up difficult topics. Together with other worrying developments in Poland and beyond, imposing such constraints on the freedom to interpret sources and to express research findings is in direct contradiction to the mission of the European Holocaust Research Infrastructure.

Governments and government-sponsored entities must support, not suppress, the free study of the sources about the mass murder of the Jews and its various contexts.