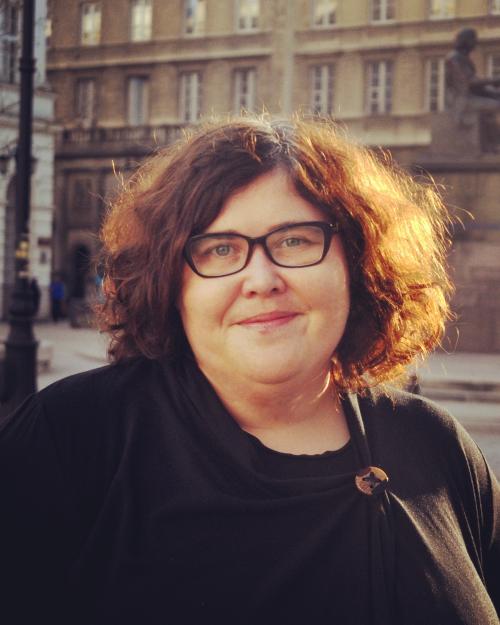 Agnieszka Haska is a cultural anthropologist and sociologist working at Polish Center for Holocaust Research, Institute of Philosophy and Sociology, Polish Academy of Sciences. In her work she is interested in researching various topics about Holocaust in Poland, especially connected to the problem of collaboration and escapes from occupied Poland. In her first book, I am a Jew, I want to come in. Hotel Polski in Warsaw, 1943 (Jestem Żydem chcę wejść. Hotel Polski w Warszawie, 1943, 2006), she described a case of selling South American passports and affidavits by Jewish collaborators and Gestapo to Jews hiding on the "Aryan" side of Warsaw. The title of her PhD thesis, obtained in 2003, was Collaboration with Third Reich in public discourse of Polish underground press 1939-1945 (published as Dishonor. Stories about Polish treason, 2018). Haska is also the author of many articles and editor of wartime diaries and documents.

During her stay at Wiener Library and Yad Vashem, Agnieszka Haska plans to research the fate of Jewish refugees from occupied Poland, who escaped to the West in the first fifteen months of World War II. There are many studies about Polish-Jewish refugees to the East and no comprehensive studies about Jews who fled from Poland hoping to get to the West – to France, the UK, Switzerland and other countries - or to Palestine. The aim of this research is to fill the gap in the knowledge about the fate of Polish Jews and to reconstruct their journey and the help they got from various organizations and institutions.