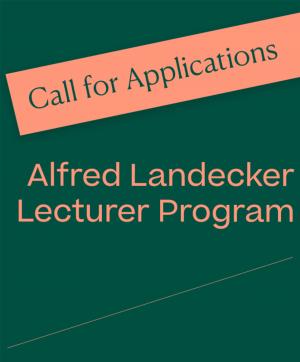 The Alfred Landecker Foundation is pleased to invite applications from highly qualified postdocs in the humanities and social sciences, for a full-time lecturer program set to begin on October 1, 2022. Up to five university lectureships will each run for five years. The selection process is led by the Alfred Landecker Foundation’s Academic Council. 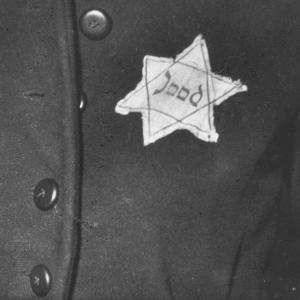 EHRI Partner Crowdsourcing | Launch of Behind the Star Project

Commemorations such as Holocaust Memorial Day draw our attention to the existence and meaning of photographs in remembering the Holocaust. But on many occasions, we do not know the story of the persons portrayed. To be able to tell their stories, NIOD ImageLab has launched the crowdsourcing project Behind the Star. 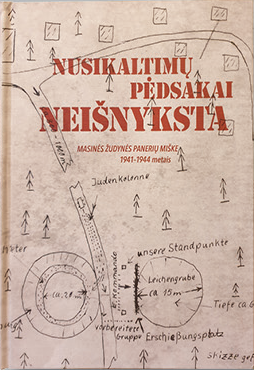 EHRI Partner in Lithuania | The Traces of Crimes Do Not Disappear - Mass Killings in the Paneriai Forest, 1941-1944

On the eve of International Holocaust Remembrance Day, the presentation of the new book The Traces of Crimes Do Not Disappear - Mass Killings in the Paneriai Forest,1941-1944 took place at the Samuel Bak Museum, which is a branch of EHRI's partner in Vilnius, the Vilna Gaon Museum of Jewish History.

In Memory of Benny and Tilly Joffe z"l

The Yad Vashem International Book Prize aims to encourage excellent and enlightening research on new topics relating to the Holocaust or those topics needing re-evaluation in light of newly discovered documentation. Research accuracy, scholarship, methodology, originality, importance of the research topic, and literary merit are important factors in the work’s consideration. 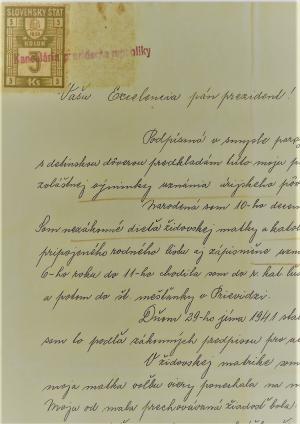 EHRI Blog | "We spend our lives living in darkness, in cold, and often in hunger" - Jewish Entreaties to Slovak President Jozef Tiso

This new EHRI Blog post, by Madeline Vadkerty, looks at letters written by Alžbeta Helena Donathová, a young Jewish-Slovak woman, to the president of Slovakia. They are an example of the thousands of letters asking for clemency from anti-Semitic measures during the Holocaust in Slovakia.

The post analyses the strategies in her appeal and looks at the information such entreaties reveal about how Jews experienced persecution in rural Slovakia. In doing so, the post also offers an insight into the collection of such appeals and entreaties to Slovak President Tiso, which is held at the Slovak National Archive. 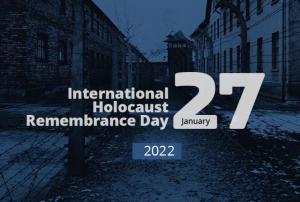 In 2005, the United Nations General Assembly designated 27 January as the International Day of Commemoration in memory of the victims of the Holocaust, the day upon which every year the world would mark and remember the Holocaust and its victims. In 1945,  27 January was the day that the Auschwitz-Birkenau extermination camp complex was liberated.

The European Holocaust Research Infrastructure thrives on the dedication and commitment of its 27 partners. Most EHRI partners also organise events on or around 27 January to commemorate the Holocaust, to learn and to never forget. A selection of these events taking place in many different counrties is presented here below. 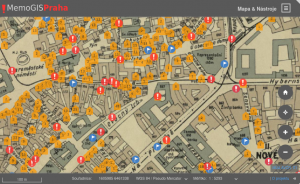 A New web application to study the spatial exclusion of Jews in Nazi-occupied Prague, published on the occasion of International Holocaust Remembrance Day

Answers to these and other questions can be found in the new MemoGIS Prague web application, which will be published on 27 January 2022 on the occasion of International Holocaust Remembrance Day. MemoGIS can be used from mobile devices on site or from a home or school computer. As of now, the app is available in Czech and an English version is under preparation. 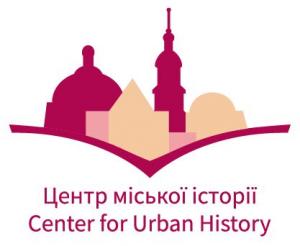 Call for EHRI-Seminar | The Lviv Ghetto: Narrating and Mapping the History of Exclusion and Violence

We invite Holocaust scholars, educators, representatives of archives and museums, tour guides, and digital humanities professionals to take part in the EHRI-Seminar “The Lviv Ghetto: Narrating and Mapping the History of Exclusion and Violence”, organized by EHRI partner the Center for Urban History of East Central Europe (Lviv, Ukraine). 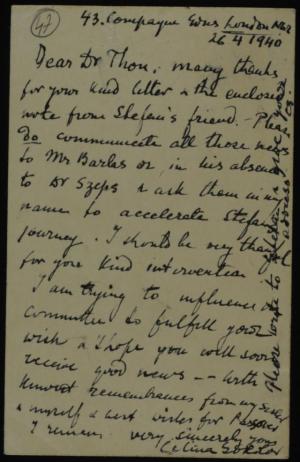 The latest EHRI Document Blog Post, wiritten by Charlie Knight, contextualises the correspondence between the representative of the Polish Jewish Refugee Fund in Geneva, Joseph Thon, and five Polish citizens forced to flee to England in 1939-1940. By looking into the specific connections and relationships that joined the refugees, the post analyses how they exercised their connection with Joseph Thon in Geneva to procure information on, and support for, their families and friends in Poland.

The post also invites Polish speaking scholars to do further research on the letters in the Abraham Silberschein deposit at Yad Vashem to create a fuller picture of Thon’s activities in Geneva and the networks which existed. 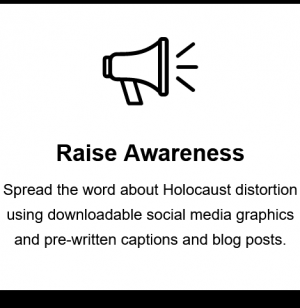 IHRA Toolkit against Holocaust Distortion: Take Action to Protect the Legacy of the Holocaust