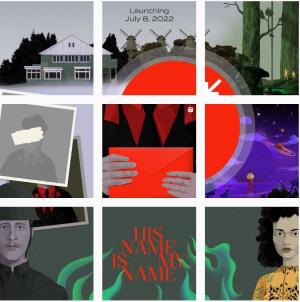 Digital Holocaust History | Instagram Documentary "His Name Is My Name"

Dutch filmmaker Eline Jongsma grew up unaware that her great-grandfather was a Nazi-aligned mayor famous for his penchant for violence. Known as "Gekke Gerrit" ("Mad Gerrit), he was wiped from the family history after the war. But secrets can’t stay hidden forever, and in the animated Instagram documentary series His Name Is My Name, Jongsma and her partner Kel O’Neill unearth a history that is at once unique and universal. Equal parts detective thriller and personal essay, His Name Is My Name explores how the crimes of WWII-era perpetrators still reverberate through today’s society, shaking the foundations of our homes and our families. 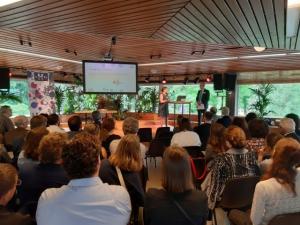 For the first time since the start of the EHRI-3 project in late 2020, the annual General Partner Meeting (GPM) was held in person, on June 8-9 in Amsterdam. Over fifty people from all over Europe, Israel and the USA, representing most of the 27 partner institutions, gathered to discuss the state and progress of the 4-year EHRI-3 project. At the start of an EU funded project such as EHRI, work is divided into packages and amongst teams, and tasks and goals are firmly set. Around mid-term is a good moment to evaluate the progress.

The talks already started when participants found each other on the same ferry boat that brought them to the venue, Tolhuistuin, in Amsterdam, where the GPM took place. 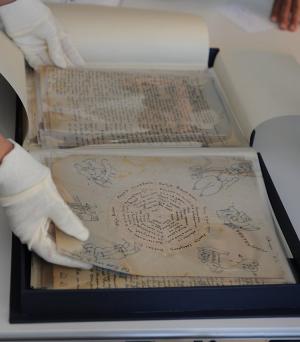 On  the occasion of International Archives Day, Dr Kathrin Meyer, Secretary General of the International Holocaust Remembrance Alliance (IHRA), and Dr Karel Berkhoff, Co-Director of the European Holocaust Research Infrastructure (EHRI) wrote a guest blog for the ARA (the Archives & Records Association) UK & Ireland, that seeks to raise awareness of the need for a broad approach to identifying Holocaust-related material – and offers practical tools that empower archivists and researchers to apply such an approach. 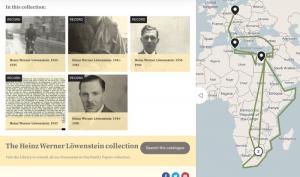 This new EHRI Blogpost describes the Wiener Library’s Refugee Map and gives an insight into the challenges of mapping archival material and visualising temporal and spatial movement based on the complex stories drawn from the Wiener Library’s Family Papers Collection. The Refugee Map enhances the accessibility of these micro-histories for both researchers and general audiences. The varied content presented in the map also opens a window into the everyday lives of refugees, including in their adopted new homes rather than focusing entirely on their lives before the Second World War. Visit the Document Blog 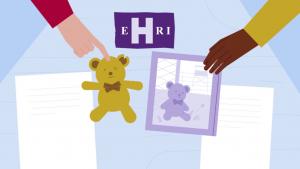 EHRI is currently transforming itself from a project into a permanent organisation that will help secure the future of trans-national Holocaust research, commemoration and education. EHRI-PP is undertaking all the necessary legal, financial and strategic work to have this permanent organisation fully operational by January 2025, the 80th-anniversary of the liberation of Auschwitz. In this new animated video, we explain why an independent, permanent and European organisation for Holocaust research is so important - in only 90 seconds. Please, watch! 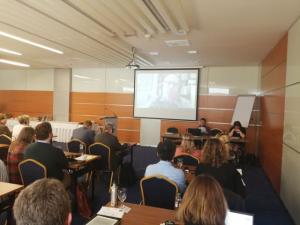 On May 3, 2022, the workshop "Holocaust in the Slovak-Hungarian Borderlands: Archives, Research and Digital Humanities" was held in Bratislava, at the initiative of the Central-European Hub, and organized by EHRI partner institutions, the Holocaust Documentation Centre in Slovakia, the Vienna Wiesenthal Instittute for Holocaust Studies, the Hungarian Jewish Museum and Archives, and Kazerne Dossin, Belgium.

The workshop aimed to present the current state of the art of Holocaust research in this specific territory. 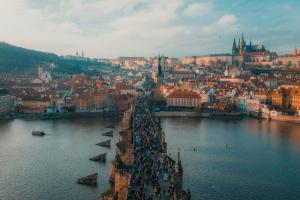 Taking place in Prague, Czech Republic, the 2023 Lessons & Legacies Conference will be the first to be conducted in East-Central Europe, a region in which Nazi occupation and racial policies intersected with competing nationalisms, shifting borders, and the sovereignty of new nation states. It will be the second European iteration of the conference series, after the 2019 Lessons & Legacies Conference in Munich.

Taking its location as a point of departure, but not limiting the geographical scope of conference presentations, proposals are invited that investigate the crossings of boundaries of various kinds, including national and group or community histories as well as scholarly disciplines. Combining a thematic and a methodological track, the Prague Lessons & Legacies Conference aims to promote scholarly debate on the manifold divides and connections that exist in Holocaust studies. 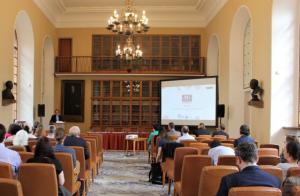 One of the highlights for the EHRI Consortium is the General Partner Meeting, an annual or bi-annual gathering of representatives of all partner-institutions involved. People who mostly work remotely from countries all over the world, but who all share a special interest in Holocaust research, get together for face to face meetings in one location. This time, over fifty people representing the institutions involved in the EHRI-PP project, travelled to Prague, where EHRI partner, the Masaryk Institute and Archives of the Czech Academy of Sciences hosted the event at the venue of the Univerzita Karlova (Charles University), the Karolinum. The last time the EHRI-PP consortium met in person for a General Partner Meeting was in February 2020 in Munich, before the outbreak of the corona pandemic, so this year’s meeting had a special shine.

EHRI Webinar | Left Behind: The Impact of Forced Labour by Organisation Todt on Survival Chances of Antwerp Jews

You are invited to join the second EHRI webinar, which will be presented by Dorien Styven, researcher and archivist from EHRI partner Kazerne Dossin in Belgium, with the support of Wolfgang Schellenbacher, who is involved in the mapping and visualisation aspect, from the Vienna Wiesenthal Institute (VWI) and the Dokumentationsarchiv des österreichischen Widerstandes (DÖW).

Dorien Styven and Wolfgang Schellenbacher will present the project Left Behind: The impact of forced labour by Organisation Todt on survival chances of Antwerp Jews.

Between June and September 1942 over 2.250 Jewish men were deported from Belgium to Northern France where they were forced to work for Organisation Todt, the German enterprise responsible for building the Atlantic wall. Living conditions at the labour camps were poor and, in October 1942, most of the men were deported directly from Northern France to Auschwitz-Birkenau where the majority of them was murdered.

When taken to France, the men left their families behind in Belgium. Kazerne Dossin has created a dataset containing information on the 1.625 Antwerp OT labourers and a sample of 1.500 of their relatives. The aim of the project was to determine the impact of OT forced labour on the survival chances of the families left behind in Antwerp. Macro-analysis led to conclusions regarding the augmented deportation risk of the relatives of OT labourers in comparison to Jewish families in Antwerp in general. Micro-analysis of archival items such as journals, photos and letters led to explanations for this higher deportation rate.

The large-scale digitization of analogue archives, the emerging diverse forms of born-digital archive, and the new ways in which researchers across disciplines (as well as the public)wish to engage with archival material, are resulting in disruptions to transitional archival theories and practices.