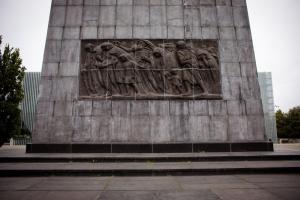 The conference’s aim is to identify and describe the Jewish experience of life amidst the imminent threat of destruction during the Holocaust. The conference marks the 80th anniversary of the Warsaw Ghetto Uprising. 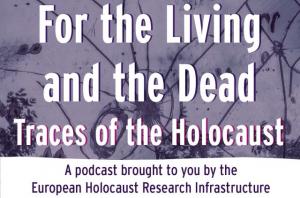 Listen to the Trailer of For the Living and the Dead. Traces of the Holocaust.

A Typewriter in Transit is the first episode of a brand new EHRI Podcast series, called For the Living and the Dead. Traces of the Holocaust. In each episode of For the Living and the Dead, a Holocaust researcher talks about an object, now often in a museum, that tells a very personal story about the Holocaust. The first season of the EHRI Podcast has six episodes and features a teddy bear, mica-flakes, a postcard, gramophone discs, a magazine cover and the typewriter. The unique stories come from all over Europe – the Holocaust being a continent-wide phenomenon – ranging from Belgium to Ukraine, from Romania to Italy. 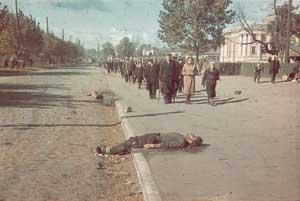 Would you like to know more about the tragedy that occurred at Babyn Yar on 29 and 30 September 81 years ago? You can read more in the Chapter "German Mass Shootings" from the EHRI Online Course in Holocaust Studies' topic Holocaust in Ukraine. The chapter contains photos of Babyn Yar and Kyiv taken not long after the massacre.

Karel Berkhoff also talks about Babyn Yar in a podcast by EHRI partner Yad Vashem, where he relates the unimaginable story of Dina Pronicheva, one of the very few to survivors of the horrific event. You can listen to it here What Happened at Babi Yar? 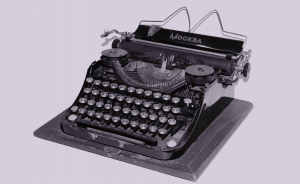 These are the first haunting lines of Babi Yar. A Document in the Form of a Novel, by A. Anatoli (Anatoly Kuznetsov), published for the first time, in a heavily censored version, in 1966 in the Soviet Union. 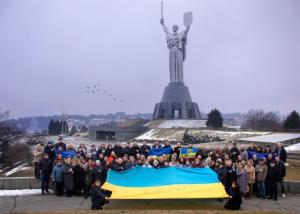 On 29 and 30 September, the massacre at Babyn Yar (Babi Yar in Russian), near Kyiv, Ukraine, took place. In our first podcast episode, Typewriter in Transit, we tell part of the story of Babyn Yar and talk about an important writer on the subject, Anatoly Kuznetsov. The podcast features Kuznetsov's typewriter, now in the National Museum of the History of Ukraine in the Second World War, and while making the podcast, we were kindly assisted by curator Oleksandr Pasternak. For EHRI, he has written an article about his museum during wartime.

The National Museum of the History of Ukraine in the Second World War is one of the largest museums in Ukraine and Europe. For more than 40 years, it has been a leading research, educational and cultural center that preserves the memory of the largest military conflict in human history. 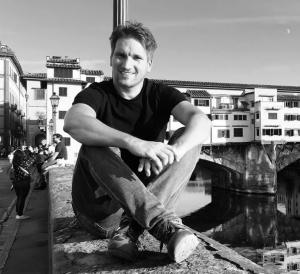 András Szécsényi is a research fellow in the Historical Archives of the Hungarian State Security (Budapest) and holds a Ph.D. degree from ELTE (Budapest). He has worked as Head of Collections in the Holocaust Memorial Center in Budapest between 2005 and 2017. He is currently working on a research project about the history of the Hungarian inmates of Bergen-Belsen (1944–1945) and its political-societal contexts. As such he came to the NIOD Institute for War, Holocaust and Genocide Studies in Amsterdam as an EHRI Conny Kristel Fellow. He tells us:

I have been researching the history of those Hungarian Jewish citizens who were deported from Hungary to Bergen-Belsen in 1944/1945 for years.

Board of Governmental Representatives in Vienna | Transformation of EHRI on Course

On Tuesday, 20th September 2022, the EHRI Board of Governmental Representatives (BGR) meeting took place at the Austrian Federal Ministry of Education, Science and Research in Vienna. The BGR consists of distinguished representatives of decision-making ministries and/or funding bodies. Delegates from Austria, the Czech Republic, Germany, Israel, the Netherlands, Romania and the United Kingdom met in person, while the delegate from Belgium joined virtually. The meeting’s main agenda item was to discuss the final drafting of documents contributing to the transformation of EHRI from a project into a permanent Research Infrastructure in the form of an ERIC (European Research Infrastructure Consortium). 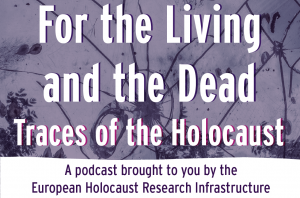 On Thursday 29 September 2022, to coincide with the commemoration of Babyn Yar (Babi Yar in Russian), we will launch the first episode of a brand new EHRI Podcast series, called For the Living and the Dead. Traces of the Holocaust. In each episode of For the Living and the Dead, a Holocaust researcher talks about an object, now often in a museum, that tells a very personal story about the Holocaust.

In the UK and continental Europe, the country house has become a powerful symbol of national identity, evoking the glamorous world of the landowning aristocracy. The history of these properties is centrally connected to the history of antisemitism and the Holocaust because the families who built, shaped and lived in them formed a group for whom the myths about Jewish wealth, solidarity and power that fed antisemitic conspiracy theories had a particular salience. This did not hinder the numerous acquisitions of such properties by Jewish economic elites, testifying to the prevalence of the model of the aristocratic landlord among a population in search of integration. The Jewish Country Houses Project has held several international conferences to explore various facets of this subject, including the Jewish Bourgeoisie in the Countryside, Jewish Dealers and the European Art Market, Jewish Collectors and Patterns of Taste, and Jewish Business Dynasties. 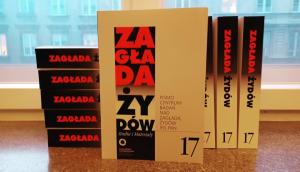 Theme: Settlement in the First Years After the Holocaust: Justice, Revenge, Memory

The Editorial Board of the scholarly yearbook Zaglada Zydow. Studia i Materialy / Holocaust Studies and Materials invites authors to submit article proposals for the 2023 edition, which is dedicated to the post-war Search For Justice, emphasizing the period 1944–1949. Zaglada Zydow. Studia i Materialy is pulished by EHRI's Polish partner, the Polish Center for Holocaust Research Association.